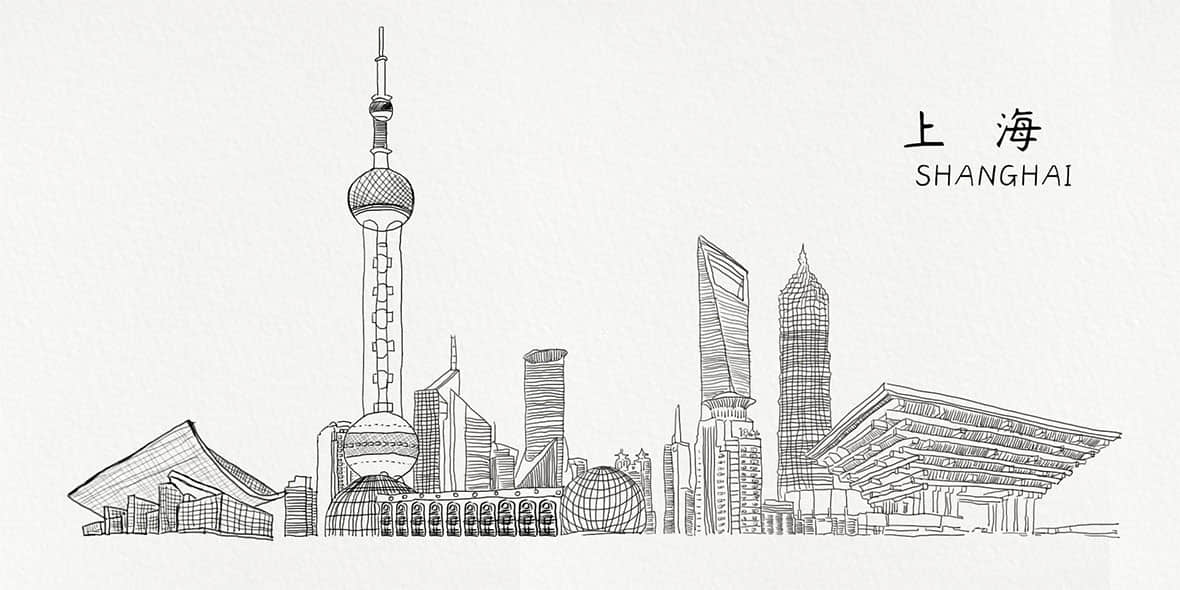 People did not know Shanghai until the end of the First Opium War. British colonists set up their concession in 1845. Their French counterparts did the same thing in 1849, and then other developed countries followed the steps of the British and French. Yes, it was invasion, but it was also opportunity, which Shanghai had never had before! The Bund, the major part of British and French concessions, is now the most renowned tourist attraction in Shanghai. Lots of architecture built by the British and French colonists is very well preserved, such as the Asia Mansion (built in 1913), the United Mansion (built in 1916) and the Merchants Steamship Bureau (built in 1901). On July 7th, 1927, the Chinese government combined the original city with surrounding areas to build a whole new Shanghai.

Shanghai kept its leading position after the foundation of the People's Republic of China. Thousands of young people traveled to Shanghai to find their China dreams. Most of them could not find a better job in Shanghai than in their hometown but they were still proud to be working in Shanghai. 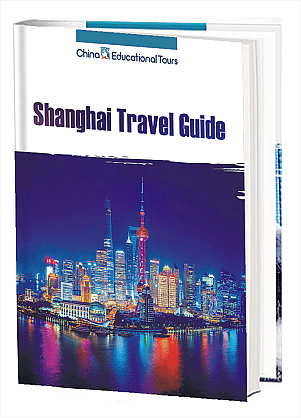 The Best Time to Visit Shanghai

In the urban area of Shanghai, the main tourist attractions are inside buildings, so anytime is ok to visit, but it would be much more convenient to avoid visiting Shanghai during the National Day and Spring Festival holidays.

Some ancient towns near Shanghai are worth visiting all year round. Between late July and early August is the typhoon season. It is wise to check the weather before traveling to Shanghai during this time.

What to see in Shanghai

The most popular points of interest in Shanghai are urban attractions in the downtown area and old water towns around the city.

The 468-meter high tower is one of the earliest modern landmarks in Shanghai. The underground area of the tower is the City History Museum of Shanghai. Tourists can see almost every part of 1930s’ Shanghai in the museum. On the 259-meter high sightseeing terrace, tourists are allowed to step on the glass floor, from where the Huangpu River and the ships on the river down below look like toys. Read more on The Oriental Peal Tower.

The 492-meter high skyscraper is the Number 3 in China and the seventh highest in the world. Most companies in the center are among the top 500 in the world. There is also glass sightseeing terrace in the center. Learn more about Shanghai World Financial Center.

Over 120,000 ancient relics are exhibited in the museum, including bronze vessels, potteries, Chinese calligraphic masterworks and paintings. Let's explore ancient artifacts in the Shanghai Museum.

The lodges, small shops and boats on the creeks in Zhujiajiao are still the ones that could be seen in the beginning of the 20th century, but the numbers of tourists in the town are much more than they were in the 1910s. This is a good place to try some tasty local snacks. Take a Zhujiajiao Water Town Day Trip from Shanghai.

This is the most popular tourist attraction in Shanghai. Walking on the Bund, you can see both Shanghai’s history and modernization.

From Foreign Cities to Shanghai

How Far is Shanghai from Major Cities

What to Eat in Shanghai

The skin of the bun is garnished with shallots and sesame seeds, and then the bun is deep fried. Heat goes through the skin and reaches the pork in the bun. The pork takes up the flavors from the oil, while the shallots and sesame seeds on the skin of the bun also contribute to the fragrance and flavor. Some of the small bun shops near the Nanjing Road are the best places to try this kind of bun. Sometimes people buy too many. Don’t worry. They can easily sell them to those who are still waiting at the end of the queue.

This is a kind of bun which can be stuffed with white turnip or meat and then usually deep fried in oil. When the skin turns yellow, it’s time to eat. Of course, it is wise to wait for the bun to cool down a little before eating.

Xiekehuang means that it looks like the color of crab shell in Chinese. Along with the pan-fried bun stuffed with pork, pastry is indispensable in tea houses in Shanghai. The stuffing of the pastry includes shepherd’s purse, scallion oil, sugar, and bean paste. The skin of the pastry looks like crab shell.

Shanghai Renjia is a hotel chain in Shanghai. The one located on the Nanjing West Road enjoys a better reputation than other restaurants of this brand. The local foods, such as Shanghai Smoked Fish, Fried Shrimp, Chicken Fried with Shallot, and Bean Curd Fried with Crab are must-order cuisines in the restaurant.

Located on the Zhaojiabang Road, Yuxiangqing Restaurant specializes in Sichuan Cuisine. Spicy fish and chicken are the most popular dishes in the restaurant. As well as those the Pumpkin Pancake and Steamed Pork with Rice are good alternatives for people who want to try something different from Sichuan Cuisine.

Located on the 6th floor of the Orient Shopping Center, Huaihai Middle Road, the Lei Garden is popular with lots of natives of Shanghai. The beef, perch and dessert are the most frequently ordered dishes in the restaurant. Both spicy and non-spicy foods are available. Listening to the natives of Shanghai talking in their own dialects is a bonus while enjoying the delicacies.

What to Buy in Shanghai

Most patterns on the silk produced in Shanghai are related to the traditional Chinese paintings. The silk can be used to decorate your house. Or you can make Cheongsam with the silk. Shanghai was one of the earliest areas to produce silk, so the quality is not likely to be a problem.

Shanghai is a big city. The desserts from different area of Shanghai are also very different from each other. Generally speaking, the popular local desserts in Shanghai include:

Jinze Zhuangyuan Pastry – A pastry mixed with salt, cream and osmanthus. It can be found in almost every shop in Shanghai.

Canned Anchovy – Most anchovies used in cans are from the Chongming Island, a small island near Shanghai. A canned anchovy is soft.

Wood, stone and pottery can be used to make lacquer ware. Pictures with good wishes are usually painted on the lacquer ware made in Shanghai. The picture could be an old man laughing with his grandsons, children playing in forests, or any other gratifying thing in life.

Jiuchongtian Bar in the Hyatt Jinmao

The Jiuchongtian Bar is located on the 87th floor of the Hyatt Jinmao, 330 meters above the ground. It is one of the highest bars in the world according to the Guinness World Records. The floor-to-ceiling window allows guests to see every part of The Bund. The chairs and tables in the bar are also very high. Even a two-meter-tall guest can sit with his or her feet off the ground. Light music and Jazz create a romantic ambience in the bar, earning its reputation as the best bar for dating in Shanghai.

Stepping into the main hall of the Shangri-La Hotel on Gaozheng Road, guests are immediately impressed by a huge painting. Stepping down the stairs behind the painting, a totally different world emerges. That is the Bat Bar. The Indonesian-style decoration is surprisingly popular in Shanghai. If guests lie on the sling chair beside the bar counter, waiters will serve them with the best Tequla Layback in the bar. The bands in the bar are all from abroad. About every 4 months, the bar changes the band, and there is a theme party in the bar every month.

From indoor decoration to tables and chairs, everything in the California Club is red. 70% of the guests in the club are foreigners. Sometimes guests with black hair and yellow skin can also be seen, but most of them are from Hong Kong or Taiwan. They come to the club to enjoy the hip-hop music and comfortable environment. So many people attend during the weekends that a lot of of guests have to dance outside the club.