Up until the end of 2019, the population of China was 1.4 billion, based on the latest revision of the China National Bureau of Statistics. As part of the development and policy of China, more and more people are going to work in big cities. The presence of immigrant workers has made some cities over-sized. Here we list the top10 largest cities in China by permanent population (2019). Some are renowned, while others may seem completely new to you.

The latest population census of China was in 2010, and the demographic data in this list were calculated from the population sample survey by Bureau of Statistics in each city.

Chongqing is the largest municipality in China for both area and population. Chongqing is also the main berth for Yangtze River Cruise boats enroute to the Three Gorges Dam, which serves as a major source of hydroelectric power in the region. This city is the economic, manufacturing and transport hub in southwestern China and it is an important manufacturing and industrial base. It is also a prominent modern port city on the upper Yangtze River.

In 2017, the central government of China set up the "China (Chongqing) Pilot Free-Trade Zone". By the end of 2019, a total of 293 Fortune 500 companies had settled their branches in Chongqing. Chongqing has become one of the fastest growing cities in China, and that economic growth is not expected to slow down.

Shanghai is located in the Yangtze River Delta of eastern China. As the financial center, Shanghai plays an important role in China's economy. Shanghai port is one of the largest ports in the world. The main industries of Shanghai are financial, international trade, auto manufacturing, complete equipment, real estate and electronic manufacturing.

Because of fast-paced urbanization in the region, government policy and strong economic growth, the population of Shanghai is still growing. But the rate of population growth has declined in the last few years because of the low birth rate, aging population and migration.

Although Beijing is the capital of China, it is not the largest city in the country. It connects the northeast and south of China. It is also close to Tianjin port, which is one of the top10 ports in the world. As the cultural, educational and administrative center of the country, we are not surprised that Beijing is one of the top-3 populated cities in China.

Beijing is a major industrial and commercial metropolis. It is also home to the top universities, research centers, and more than 60 institutions of higher learning. The history of Beijing can be traced back to over 3000 years ago. There are many well-known historical sites and world heritage sites in Beijing. So the tourist industry is a significant sector of the city's economy.

The Great Wall, the Forbidden City, Tiananmen Square, Temple of Heaven, and the Summer Palace.

Chengdu is the provincial capital of Sichuan Province and a major city in western China. A thriving economic, transportation and communications center in southwestern China, Chengdu is also one of China's primary manufacturing, electronic, and agricultural bases. The city is part of the West Triangle Economic Zone along with Xi'an and Chongqing.

Tourism has become increasingly important for the city's economy due to the leisurely life and adorable pandas in Chengdu. The high-speed railway has connected Chengdu with other cities and the second international airport is expected to be completed in 2021. With the powerful support of China’s central government, Chengdu has a huge development potential in the future.

Tianjin is one of the four municipalities in China. It is also the largest port city in northern China and a hub for advanced industries and financial firms. It's only 30mins by bullet train or 2 hours’ drive from Tianjin to Beijing. The Tianjin Pilot Free Trade Zone is home to around 18,100 businesses and over 160 investment projects.

In addition, Tianjin International Cruise Terminal is the main stopover for many international cruise ships. It's the closest place for cruise passengers to visit Beijing and the surrounding areas.

Guangzhou is the provincial capital of Guangdong and located in the Pearl River Delta. As the key port in southern China since 2000 years ago, it was one of the earliest port cities for international trade in China. This is why most oversea Chinese originated from Canton (Guangdong).

As the center of the Pearl River Delta Economic Zone and close to Hong Kong/ Macau, Guangzhou plays as important a role as Shanghai. They are the two economic development engines of China.

The major industries are automobiles, petrochemicals, retail and electronics.

Neighboring with Hong Kong and Macau, Shenzhen is a major commercial and industrial center of the Pearl River Delta region. Until 1980, the city was a small fishing town, but was chosen as the site for China's first Special Economic Zone due to its proximity to Hong Kong.

Cultural and creative industry(CACI), high-tech industry, modern logistics, and financial services are the four major industries in Shenzhen. As a "Young" city, most of the people in Shenzhen are migrants from other parts of China. It was the first city in China to benefit from the "Reform and Opening-up Policy" initiated by Mr. Deng Xiaopingin 1979. Nowadays, Shenzhen is one of South China's most dynamic and developed economies.

Located in Hebei province and about 160km(100 miles) southwest of Beijing, Baoding has a large population but it's not as well-known as the other cities in this top-10 list.

Baoding has a history of more than 3000 years and it was an important city for military, transportation and heavy industry. It was the provincial capital of Hebei province and was the political, economic, cultural and military center of Hebei until 1968, when Shijiazhuang took its place.

Baoding is a central hub for renewable energy production and deployment, and is home to over 200 producers of wind, photovoltaic and thermal mass solar, biomass and energy efficiency technologies. The other major industries are automobiles, transportation and textiles.

Nowadays, the central government has decided to develop Xiong'an New Area located in Baoding. As an important part of "China (Hebei) Pilot Free-Trade Zone", people expect that the GDP of Baoding will have a rapid growth in the future. 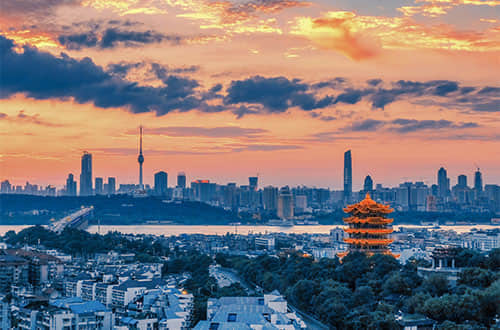 Located at the confluence of the Yangtze and Han rivers, Wuhan is renowned as the "River City". It is the capital of Hubei Province in central China.

Historically, Wuhan has been one of China's most important inland river harbors. Nowadays, it is a major national logistics hub in Central China. It has an established railway network, roads and expressways that connect the north-south and east-west traffic arteries (four trunk railway lines and six national expressways) and links the rivers with the sea. The city is now the economic, financial, trading, science, and information exchange hub of central China.

Some cities have taken steps to deal with these problems, such as clean-energy development, vehicle and car plate control, basic construction building, and migration registration policies. With these policies and the quick development of other cities/villages, younger generations now prefer to look for jobs in the 2nd/3rd tier cities or contribute to their hometown in order to look after their parents in the future. The population growth rates of those metropolises have declined in the last 10 years. 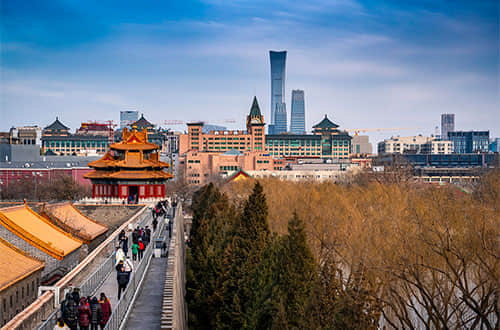 Top 12 Things Not to Do in China