Guilin has a comprehensive transportation system and is in a good location. That means visitors can conveniently travel to Guilin and then depart for other cities in the country. This article will give you an idea about the transportation to reach Guilin, Yangshuo and the Longji Scenic Area.

Guilin Liangjiang International Airport (KWL) is 28km/17.4 miles away from downtown Guilin. It is an important air transport hub in southern China. There are over 112 air routes navigable, which connect 76 cities in mainland China and other countries or regions, such as Beijing, Shanghai, Chengdu, Xi'an, Hong Kong, Taipei, Seoul, Kuala Lumpur, and Bangkok, etc. 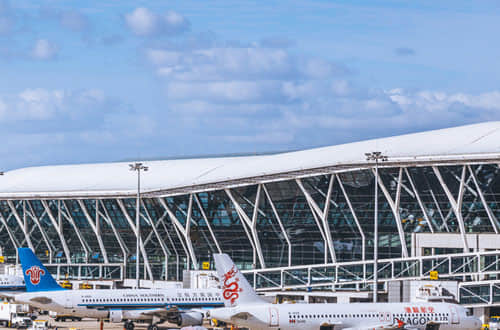 From July 28th 2014, Guilin Airport has implemented a Transit Visa Exemption Policy for foreign travelers from 53 foreign countries with valid international travel documents and an interline ticket with a confirmed date and seat to a third country (region) within 72 hours(3 days).

From May 28th 2015, tour groups from 10 ASEAN (the Association of Southeast Asian Nations) countries (Singapore, Brunei, Malaysia, Thailand, Indonesia, the Philippines, Vietnam, Laos, Cambodia, and Myanmar) have been able to enjoy a 144-hour (6 days) visa-free tour to Guilin. The tour group must consist of 2 or more people. You cannot travel to other cities in China. You should arrive at and leave from Guilin airport. Your tour should be hosted by a local agency in Guilin.

Guilin launched its first bullet train in Dec. 28th 2013. Nowadays, you can take a bullet train to Guilin from most of the major cities in China. Here is the information about the major train stations in Guilin and Yangshuo. 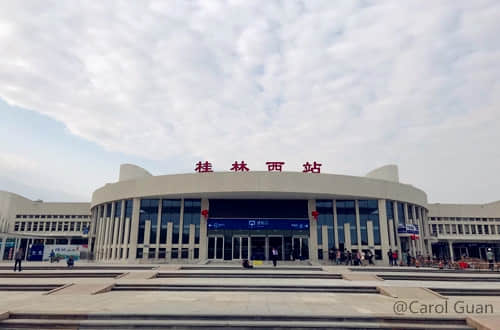 By the way, it is only 5-10mins drive from Yangshuo Railway Station to Xingping ancient town. If you have time, you may go for a visit to Xingping town first. And then take a shuttle bus from Xingping bus station to Yangshuo, which is about 40mins drive.

Distance from Major Cities to Guilin

3. How to travel between Guilin, Yangshuo and Longji

Yangshuo is located at about 65km/40 miles south of Guilin City. It is a small town surrounded by Karst Mountains and is the paradise for outdoor activities.

It is about 65km (40miles) between Guilin and Yangshuo. The Taxi cost is not calculated by meters but fixed price from RMB200 to RMB300.

3) Cruise down the Li River

The daily-departure cruise disembarks from Mopan Hill or Zhujiang Wharf, about 50 mins drive from the city center. Taking this 4-hour cruise, you can enjoy the stunning landscape along the river. The boat tickets cost from RMB245 to RMB480 for different class seats on different boats. We can help you to book your tickets and arrange the transportation from your hotel to the wharf so that it will avoid any trouble and make an enjoyable trip.

Longji Scenic Area is about 91km (56.5 miles) away from Guilin in the northern mountains. The scenic area is very large and includes three major villages including Ancient Zhuang Village, Ping'an Village and Dazhai Village. 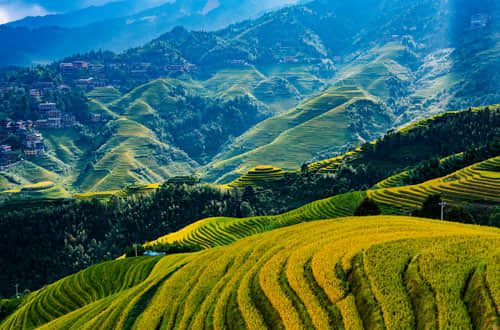 It costs about RMB600 to charter a Taxi for a round-trip from Guilin to Longji. Please keep in mind that taxi drivers do not speak any foreign languages.

Due to the complexity of the transportation from Guilin to Longji, you can join our Guilin-Longji one-day private or group tour. In the morning, there will be an English-speaking guide and a driver pick you up from your hotel in downtown Guilin. Then back to your hotel in the late afternoon after the day tour to Longji.

Due to the language barrier and the fact that Google Maps doesn't work in China, we strongly suggest you book a private tour. With a private English-speaking guide and a driver, you will be able to see more places during your visit in Guilin.

4. Transportation between hotels and major attractions in Guilin

Here we have listed the suggested transportation from some major hotels to the famous attractions in Guilin.

In addition, you can rent a bicycle for about RMB30-50 per day from your hotel. If you have an account with Alipay, you can rent a "Hello Bike" (the blue shared bike) via the app of Alipay. Biking is the most convenient way to explore Guilin downtown, so that you can stop at any time and places when you want to take a picture.

There are always many unpredictable changes and difficulties during the trip, such as shuttle bus time schedule changing, holiday traffic control, scenic area policy, weather, and touring details, etc. Please contact our travel specialists if you have any questions about your trip to Guilin.