Top 5 destinations in China to Celebrate the Mid-Autumn Festival

The Mid-Autumn Festival is regarded as an important traditional festival, and one of the traditional activities is admiring the moon. We recommend the following top 5 destinations to watch and appreciate the moon.

Shichahai Scenic Resort: Admire the moon while boating on the lake and floating river lanterns 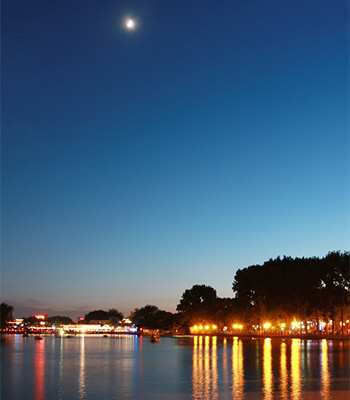 Shichahai, a lake located in Xicheng District of Beijing City, is where authentic old Beijing customs and metropolitan entertainment mix perfectly together. Given the general lack of bodies of water in this area, none is more special and treasured than this artificial lake in the city center, which is the only site providing a night cruise in an open scenic area. All of the cruise ships are replicas of the boats in the painting “Along the River During the Qingming Festival”. You will experience a relaxing journey on the Shichahai to the accompaniment of primitive and tuneful work songs. There are many ways to celebrate the festival. The easiest and most romantic way is wandering around the lake; it will take you about 1 hour. Another very enjoyable way is savoring a delicious dinner in the restaurant or club - but please don’t forget to make a reservation, especially for the outdoor seats near the lakeside. The most interesting way is having dinner on the boat; thus you will enjoy the local delicacies and the floating red river lanterns while drifting on the beautiful lake.

Night Tour at Master of Nets Garden: Celebrate the festival in a classic Chinese garden 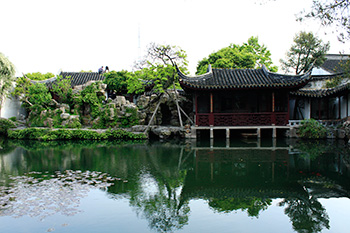 Master of Nets Garden is one of the four greatest gardens in Suzhou. A night tour in the garden, immersing yourself in traditional Chinese charm, is a very unique way to celebrate the Mid-Autumn Festival. Different types of performances in the garden start at 19:00 each night from April to October, and have enjoyed a good reputation since 1990. A guide in the garden in traditional Chinese costume will lead you along the best route to watch these performances, including Pingtan (a folk-art form featuring story-telling, joke cracking, music playing and aria singing), Kun Opera (a kind of traditional Chinese Opera), Su Opera, Guqin (a stringed instrument), flute playing (a woodwind instrument), and classical dance. The one-hour night tour will bring you to an understanding of traditional Chinese culture and the feelings experienced by ancient scholars as they strolled in the historical Chinese garden.

City Wall: Have a bird’s eye view of Xi’an with the round moon

Xi’an City Wall is the most perfectly preserved ancient city wall in China. As you climb up to the South Gate to overlook this thousand-year-old ancient city, and watch the bright round moon, you may have an impression of time and space crossing over. Usually, it opens from 8:00 to 19:00, but it is prolonged to 22:00 during the Mid-Autumn Festival. The antique welcome ceremony performance, combined with the unique festival events, displays the traditional charm of the Tang Dynasty. 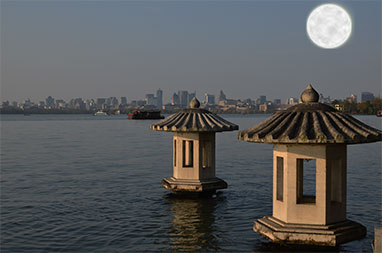 Most of the time, West Lake shows marvelous sights including being covered in clouds and light mist, bright sunshine with a favorable wind, and a spectacular sunset at certain times. During the Mid-Autumn Festival, while boating on the lake you can appreciate the sights all shrouded in thin mist and bathed in moonlight. ‘Three Pools Mirroring the Moon’ is a famous attraction for admiring the moon since ancient times. Three bottle-shaped stone pagodas were built in the deepest part of the lake in 1809. Lit candles in the pagodas gleam at night, and look like reflections of small moons. Moonlight and shimmering waters add charm and beauty to the scene. The reflections of the moon and the tower blend together perfectly.

Dufu Thatched Cottage: Watch the bright moon with a sense of nostalgia

Located in Chengdu, the capital city of Sichuan Province, Dufu Thatched Cottage was built in the Tang Dynasty. It was the former residence of the realism poet Dufu, who was forced to move to Chengdu and lived there for nearly 4 years to avoid war. He wrote 240 poems during that time. Some of his poems have been selected to be included in the compulsory text books. Dufu Thatched Cottage is regarded as the holy land of literary history. Playing the Chinese Guqin (a type of stringed instrument), reading poems and appreciating the round moon during the Mid-Autumn Festival in the ancient times were popular cultural events for refined scholars. So as to create an educated atmosphere now, listening activities are held with classical Chinese music being played while appreciating the moon. A whole family will enjoy a romantic reunion time, reading poems with a feeling of nostalgia under sweet Osmanthus trees giving off their mild aroma. 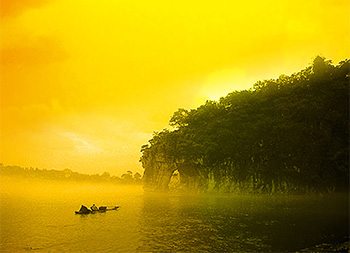 A naturally-shaped cave in Elephant Trunk Hill in Guilin City, Water Moon Cave, has a well-deserved reputation for its splendid view. Fishermen row bamboo rafts on the Li River with the backdrop of Elephant Trunk Hill. At night, the reflection of the moon can be seen through the arch and it looks as if it is under the water and floating on the surface of the water at the same time. Guilin is a city full of sweet Osmanthus trees and the Mid-Autumn Festival usually falls when the sweet Osmanthus flowers exude their fragrance. It is hence highly recommended to visit Guilin during this time of the year. 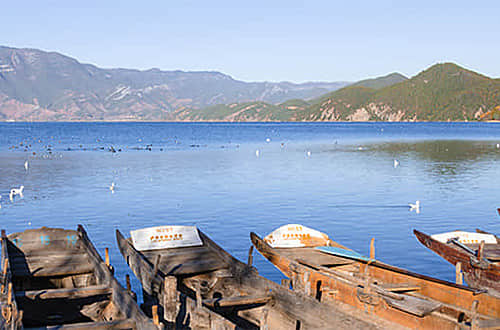