The banquet on Chinese New Year is incredibly abundant and exquisite. People especially want to eat traditional foods, because they believe these foods will bring good fortune for their family. As Chinese traditional culture affects people’s diet, it is a great opportunity to enjoy great taste and feel warm and comfortable at New Year by trying gourmet cuisine, and even learning the cooking methods. Here is a of list several typical foods for your reference. 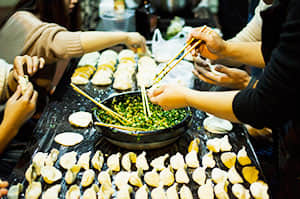 The origin of dumplings

Initially, dumplings were not a kind of food, but an effective medicine to cure chilblains on the ears. It was made of dough covered mutton, with chili, and herbal medicine against the cold. After it’s cooked, eating it with its soup can improve blood circulation. As there have been advances in medicine, this prescription is no longer needed, but dumplings have become a popular food.

There are differences between dumplings from northern and southern China. The cooking methods vary, such as boiling, frying and steaming, which create dumplings with a variety of tastes and textures. There are dumpling noodles, egg dumplings, and the fish dumpling shaped ingots. You will also find different dumplings with different types of stuffing. There are savory ones like cabbage, chives, pork, beef, mutton, long beans, and celery, and there are even sweet ones. Dumplings really are the most creative and charming food in China.

The meanings of different dumplings

On New Year’s Eve, the first dish is dumplings, as it is in the shape of an ingot, meaning to bring in wealth and treasure. Cooking methods for dumplings in different areas are widely diverse. Eating dumplings with sugar stuffing implies sweet days in the New Year, and peanut in the stuffing means longevity. If someone eats a dumpling with a coin in it, he will have luck for wealth in the future. Specific Chinese culture is contained in a little dumpling. 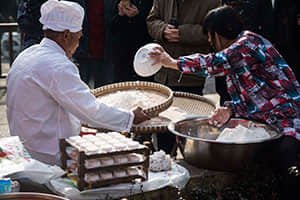 Unlike people in northern China, people in southern China usually eat “Nian Gao”, namely glutinous rice cakes, which when pronounced in the Chinese language sounds the same as the word for promoting every year. These are made from glutinous rice but by assorted cooking methods in the vast areas of China. The following are especially representative:

Guangdong: The glutinous rice cakes in this area can be divided to two types. There are savory ones which contain minced meat and taro, and sweet ones decorated with Chinese dates as well as melon seeds. 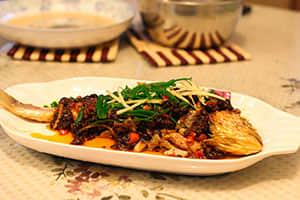 Fish have always been treated as a mascot for their incredible vitality. The dish is essential and quite exquisite on New Year’s Eve. “To have fish” in the Chinese phrase is a pair of homophones for “abundance”. This dish should be left on the dining table, symbolizing prosperity left through next year. Steamed fish, braised fish with brown sauce, and fish with chopped peppers, which must keep the head and tail connected, mean good luck from the beginning to the end. 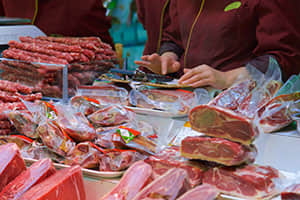 Cured meats are made of pork, ribs, chicken, duck, goose and fish through a process of salting, air-drying or smoking. Cooking methods for cured meat include being baked in rice, steamed, and fried. The curing is initially for preserving perishable meat, while the process gives extra flavor to the fresh meat. Cured meats are more than just food, they are part of lives and memories to be remembered by history, preserving the unique feeling of the Chinese towards flavor. 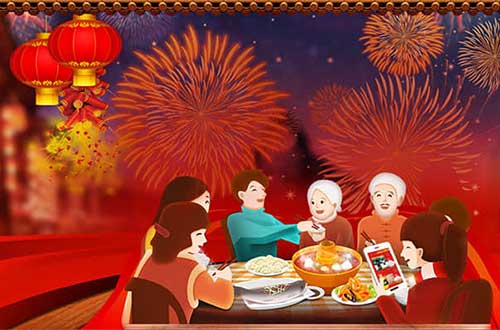 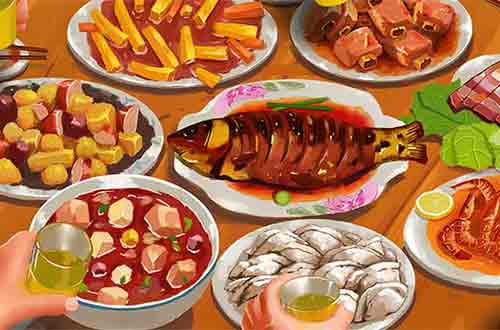 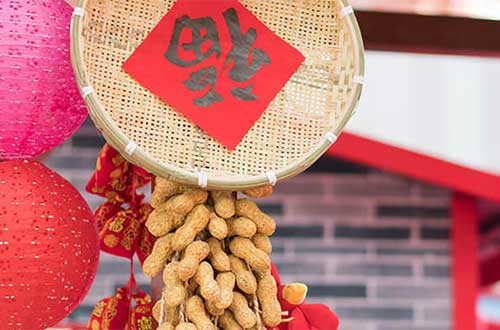