The 15th day of the first month on the lunar calendar, the first night of the year’s full moon, has long been celebrated as the Lantern Festival. It is the first vital carnival after Chinese New Year, and is also called Yuanxiao Festival (元宵节 yuán xiāo jiē), Shangyuan Jie (上元节 shàng yuán jié). Customs vary widely across China, among them the eating of glutinous rice balls (Tangyuan or Yuanxiao), the admiring of flower lanterns, and dragon and lion dances which are the essentials during the festival. Read more on How do Chinese people celebrate the Lantern Festival?

The Lantern Festival dates over next few years:

The Chinese Lantern Festival, traced back to the Western Han (202BC-AD8), was originally a traditional festival from the Han ethnic group. Admiring flower lanterns derived from the Eastern Han Dynasty (AD25-220). Emperor Ming (Liu Zhuang) gave orders to light lanterns in the imperial palace and temples to show respect to Buddha on the 15th day of the first lunar month, as he was a Buddhist. Gradually, people in all classes decked out their homes with lanterns, and this Buddhist etiquette has also become a part of the customs in the festival. In the Sui Dynasty (AD581-618), the Lantern Festival was held on large scale as ordered by Emperor Yang (Yang Guang). A four-kilometer stage was set up along the street from the gate of the palace to celebrate the festival. There were more than 20 thousand performers and 18 thousand music players; the street was bustling with a crowd of the audience throughout the night.

During the Tang Dynasty (AD618-907), the country had become very powerful; admiring lanterns became a popular activity. Even the curfew imposed throughout the country was lifted during the 14th to the 16th day of the first lunar month, so it was easier to hold celebration events. More than 50 thousand crafted lanterns in various shapes were lit up on both sides of the street, with brilliant performances of song, dance, and acrobatic feats. The whole city was illuminated by the display of fireworks and the sea of lanterns.

During the Song Dynasty (AD960-1279), along with the carnival every year, officers also sent red envelopes, all of the dignitaries and ordinary people enjoyed the night of the festival. Some people created lanterns with a horror theme; the judiciary at that time made laws universally understood through the picture stories on the lanterns and by implementing displays of punishment. The festival developed into the liveliest carnival lasting five days. A drink was prepared for every participant, as the imperial court encouraged people to take part in the festivities. As well as this, the upsurge of guessing lantern riddles, the riddles pasted on the colorful lanterns, people would win a gift if they guessed the right answer.

During the Yuan Dynasty (AD1271-1368), most of the traditional festivals were canceled because the ruler was Mongolian, not Han. The Lantern Festival hence became not so important.

However, the festival during the Ming Dynasty (AD1368-1644) was extended to 10 days, which was the longest Lantern Festival in history.

The festival was not held in the palace in the Qing Dynasty (AD1644-1912), but in the folklore, it was still impressive, as every household hung a colorful lantern on the door.

The Legend of the Chinese Lantern Festival

In ancient times, people’s lives were threatened by ferocious beasts, and they killed wild animals in order to protect themselves. One day, a celestial crane came into the mortal world, and it was killed by mistake. The Jade Emperor was furiously angry about its death. He immediately ordered a troop to incinerate all humans and animals on the 15th day of the first lunar month. But one of his daughters didn’t want the innocent to suffer for it, so she came to the mortal world in secret and warned people. As a result, every family set firecrackers and fireworks and hung red lanterns outside for three days. In this way, people tricked the Jade Emperor and avoided a terrible disaster.

Although the legend is extremely dramatic, it can be certain that the origin of the festival relates to the way of celebration. The festival is celebrated at nighttime; therefore, fire plays a critical role. Until Buddhism was introduced in China, the Lantern Festival had more significance. 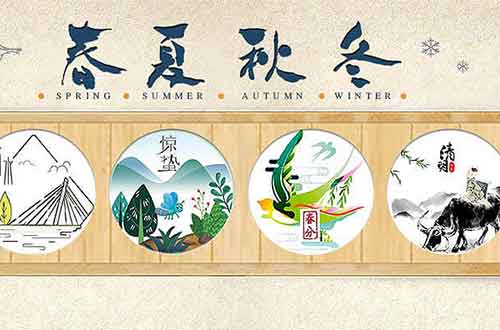