Cooking methods such as steaming, boiling and baking have made various mild and tasty Shanghai delicacies possible. They are literally delicate and stylish. 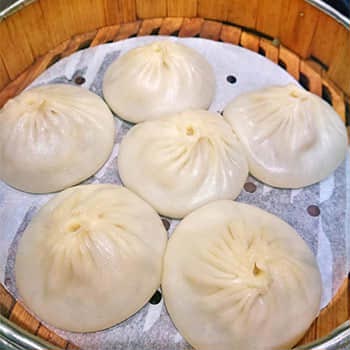 The Nanxiang Steamed Bun dates back to a century ago. Seasonal additives such as crab meat, shrimp and meat are used for the fillings. A well stuffed bun has a thin wrapper. Small, translucent buns are steamed in a special little bamboo cage, and so are they named “small cage steamed bun”.

Characteristics:The thin wrapper is made of flour, and fillings are made of hand chopped pork shanks. The seasoning juice is slow cooked chicken soup. The pork skin is cooked into pork jelly and added to the fillings. Crab meat, shrimp or spring bamboo shoots are used as seasonal additives. Tender, juicy meat is enclosed in the thin wrapper.

How to eat:
Lifting: Lift the bun off the cage with chopsticks, holding its upper part.
Landing: Put it on a spoon or a plate and feel free to add vinegar or sliced ginger.
Biting: Take a little bite of the translucent wrapper.
Sipping: Sip the juice.
Tasting: Eat the bun's skin and stuffing together. 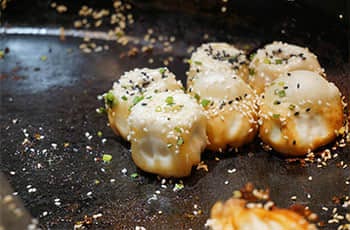 The Shanghai-style pan-fried bun is made of semi-fermented flour in which fresh meat and pork jelly are wrapped. They are laid in pans and fried in oil. When the bottom of the wrapper is golden, they are spread with chopped scallion and sesame. It is best to eat the buns when they are hot.

Characteristics:The bun has a soft texture but has a crisp bottom. Each bite contains juicy meat and occasionally sesame and scallion.

How to eat: Use chopsticks to puncture the bun and sip out the soup. Then eat the whole bun. 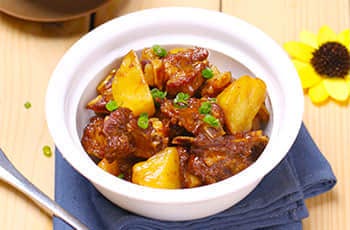 Wrap the blend of flour, tapioca flour, Chinese all-spice and eggs over the ribs and fry them in the oil. Dress the cooked rice cakes over the ribs, and the taste of pork ribs and the tenderness of the rice cake will be given full play. Use sweet sauce and chili sauce to make the dish even more delectable.

Tiaotou Pastry is a traditional dish in Shanghai. It is a soft flexible glutinous rice cake with aromatic bean paste. It is usually dressed with fragrant osmanthus. It can be eaten hot or cold. 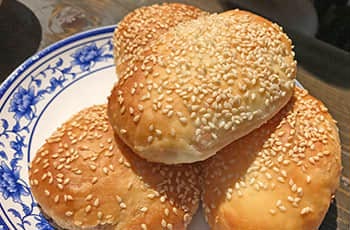 A flat, round crisp pastry, dotted with sesame. It has the color of a crab shell and the outer layer tastes sweet and soft. It can be made sweet or salty. The round sweet cake has fillings of lard and white sugar; the oval salty cake has fillings of meat, scallion and oil. 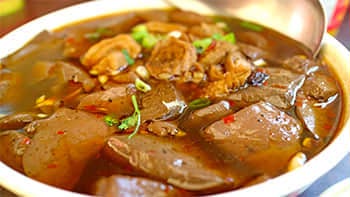 A scallion Pancake is made of well kneaded dough that is layered with lard and chopped scallions. Locally grown scallions are a must. The materials will be pan-fried and baked. The long baking time will make the scallion pancake tender and multi-layered.

Characteristics:It is usually 10 cm in size. The scallion scent and the aroma of oil penetrate the crisp outer layer. Eat when it is freshly cooked. 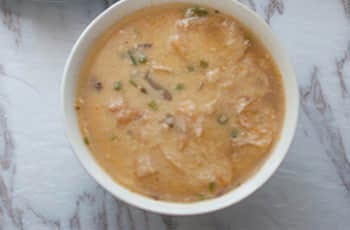 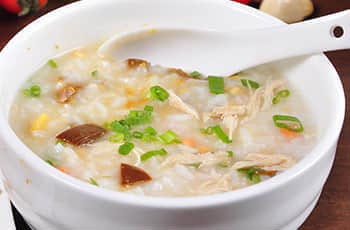 Shaoxing Chicken Porridge is an authentic traditional delicacy. The Triple Yellow Chicken, the best breed in China, non glutinous rice and other condiments are used for the dish. It tastes smooth and resilient. Green condiments also add color to the porridge. It is really nutritious.