As you prepare for your next trip to China, you may be trying to sort out which airports you want to fly through and to which you’ll get the lowest flight fare. Traditionally, you could only fly into China through Beijing, Shanghai or Guangzhou, but nowadays you have more options. As of March 2022, there are 83 airports in China that operate international flights.

Airports in China are some of the busiest in the world. China’s population and the growing middle-class have increased the number of passengers using airline services. The top ten busiest airports in the country serve over 500 million domestic and international passengers in a year. To make it easier for international tourists to visit China for a short period, all the ten airports below are qualified for the 144-Hour Visa-Free Policy; passport holders of 53 countries who make international transfer via these 10 airports can enjoy 144-Hour Visa-Free Transit. We have listed the 10 international airports in China that you can consider flying to for your next trip to China. 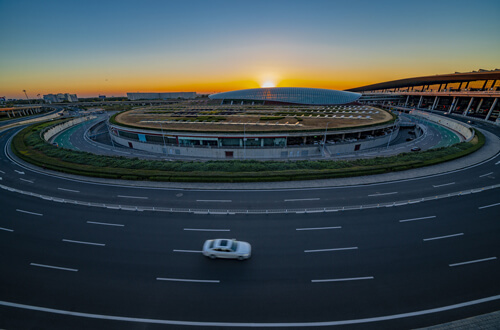 It is located 32 km (20 miles) northeast of the city center, at Chaoyang-Sunyi District. Beijing Airport has non-stop passenger flights scheduled to 171 destinations in 37 countries.

Another airport in Beijing is Beijing Daxing International Airport (IATA: PKX, ICAO: ZBAD). It was opened in 2019 and is the largest airport with an area of 47 sq. km. Daxing airport aims to become the main airport hub of the region. The facility can handle over 100 million passengers annually. It will be the world’s busiest airport if its capacity is utilized fully. 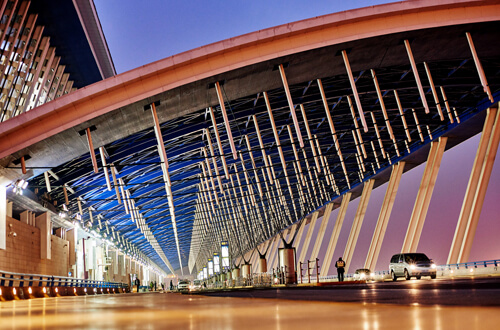 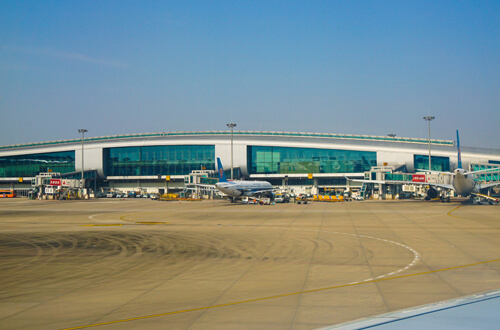 Guangzhou Baiyun International Airport is located roughly 30 km (18miles) from downtown Guangzhou. Formerly known as Canton, Guangzhou has long been one of China’s main commercial and trading centers. For a very long time in the Qing Dynasty (1644-1911), it was the only port in China that was open to European traders.

Guangzhou Baiyun International Airport, named after the city's nearby mountain, is China’s third busiest airport. In 2019, the airport was used by 73.3 million passengers, with plans to take this figure up to 1.2 billion passengers per year. 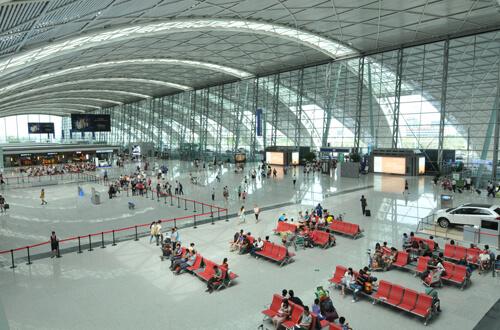 With the highest passenger traffic and the largest cargo terminal in central and western China, Chengdu Shuangliu International Airport is the biggest aviation hub in the region. It is the fourth largest aviation center in mainland China and aims to be the largest aviation hub in the country. Like Beijing, the 2nd airport in the area, the Chengdu Tianfu International Airport (IATA: TFU, ICAO: ZUTF) opened in 2021. It made Chengdu the third city in the country to have two international airports, joining Shanghai and Beijing. 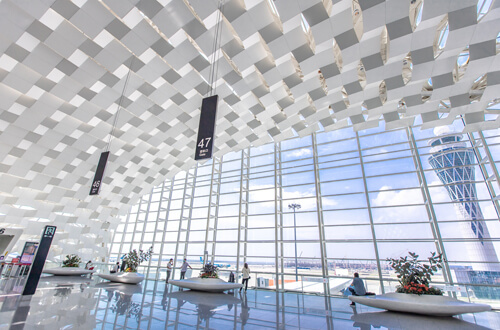 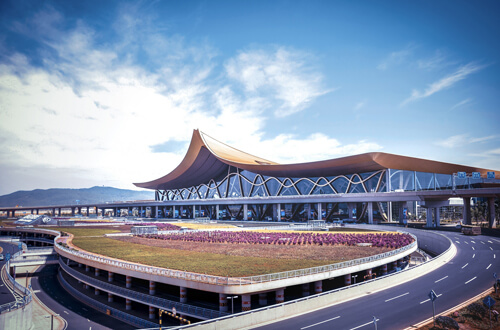 Kunming Airport has non-stop passenger flights scheduled to 138 destinations in 13 countries. At present, there are 125 domestic flights from Kunming. The airport serves as a gateway between Southeast Asia and China. Direct flights are available to the capitals of Laos, Malaysia, Republic of Korea, Singapore, Thailand, and Vietnam. 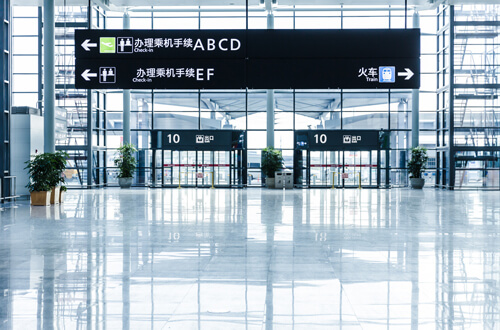 In 2019, the airport handled 45.3 million passengers. You can now fly to 92 destinations around the world with 24 airlines in scheduled passenger traffic, as of October 2022. 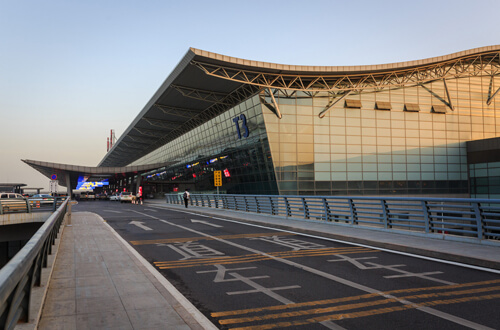 Xi'an Xianyang International Airport serves Xi'an and the surrounding area in Shaanxi Province. Xi’an is the capital of Shaanxi province and an important cultural, industrial and educational center in China’s interior. With a population of over 6.5 million, Xi’an is the largest and most industrialized city in Western China. Xi'an Xianyang International Airport is the largest airport in northwestern China, and it is a hub for Joy Air and a focus city for Hainan Airlines. In total, more than 35 airlines operate at the airport and more than 47.2 million passengers traveled through the airport in 2019. Xi'an Airport has non-stop passenger flights scheduled to 167 destinations in 13 countries. 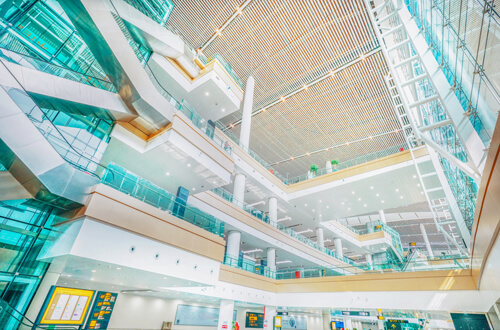 Located 21 km (13miles) north of the city-center of Chongqing, Chongqing Jiangbei International Airport serves as an important aviation hub for southwestern China. It is a hub for China Express Airlines, China Southern Airlines, Chongqing Airlines, Sichuan Airlines, and China West Air. Chongqing is a focus city of Air China. You can fly to 111 cities in China from the airport. And Chongqing Jiangbei International Airport has non-stop passenger flights scheduled to 140 destinations in 12 countries. In 2019, the airport handled 44.79 million passengers.

Chongqing Jiangbei International Airport was honored with China’s Most Efficient Award for Airport Services 2019 by CAPSE (Civil Aviation Passenger Service Evaluation) among the Annual Passenger Volume of over 40 million, the only winner of this category.

Now, the airport is expanding and will meet the annual passenger throughput of 80 million in 2024. The expanding Terminal 3B is about 360,000 square meters, serving as the world’s biggest floor space and largest throughput single satellite terminal. 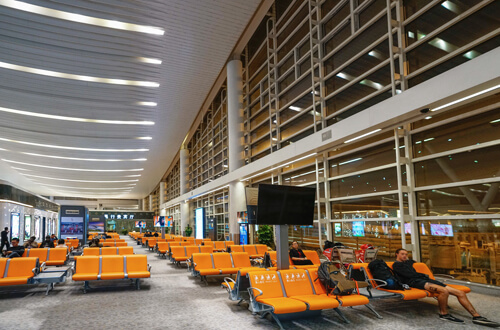 Located about 27 kilometers (16.8miles) east of downtown Hangzhou, Hangzhou Xiaoshan International Airport is an international airport and serves the area of Zhejiang, China. Hangzhou city is the capital of Zhejiang province in eastern China. Also Zhejiang is one of the more prosperous of China’s provinces and is popular among domestic and international tourists. At present, there are 102 domestic flights from Hangzhou, and Hangzhou Airport has non-stop passenger flights scheduled to 124 destinations in 18 countries. In 2019, the airport handled 40.11 million passengers. The major airlines operating from the airport include Air China, Xiamen Airlines, China Southern Airlines, and China Eastern Airlines.

Hangzhou Xiaoshan Airport Terminal 4 started its operation in September 2022. The new facility anticipates the rise of air passengers from 30 million to 70 million people in the near future. It is also an important supporting infrastructure project for the Hangzhou Asian Games scheduled in September in 2023. 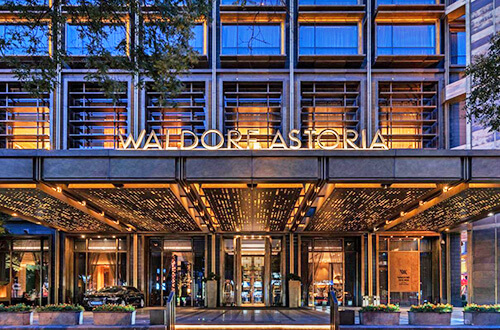 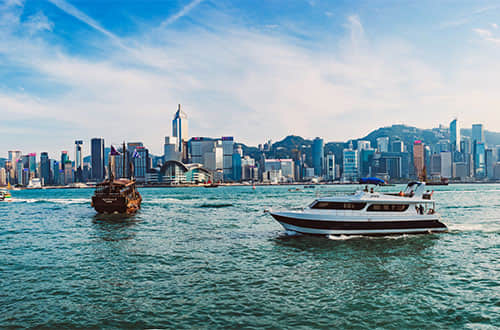 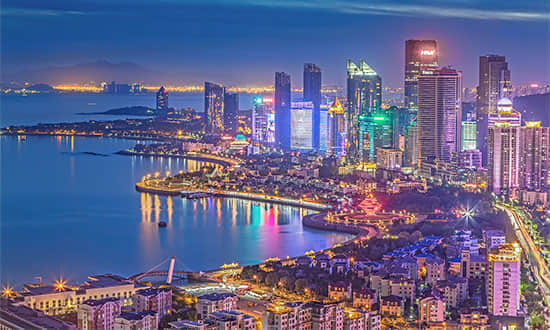 Top Things about a Layover in Qingdao