Maglev train, (also called magnetic levitation train) uses magnetic repulsion both to levitate the train up from the ground, which reduces friction and to propel it forward. The foremost advantage of maglev trains is the fact that it does not have moving parts as conventional trains do, making the wear and tear of parts very minimal, and this reduces the cost of maintenance by a significant extent. More importantly, there is no physical contact between the train and tracks, therefore there is no rolling resistance ensuring passengers a quieter and smoother journey. The maglev train is not compatible with the conventional train tracks, making them very expensive to build as new tracks lines are needed.

You may have heard about the Shanghai Maglev line – the fastest operating commercial train, but did you know that there are another two maglev lines in operation and two more under construction in China?

In June 2020, Chinese engineers have successfully conducted the first trial run of the prototype of a magnetic levitation train that can travel at a top speed of 600 kilometers per hour, or 372 miles per hour. The cutting-edge vehicle was designed, developed, and manufactured by Chinese experts. The new maglev prototype is set to go into commercial production in 2021.

Where can you ride the maglev train in China? And where will the new maglev line open? We will tell you in more details here:

Pros and Cons of the Maglev Train

Maglev trains can achieve speeds that compete with those achieved by airplanes. This will allow commuters to cut back their travel time and make it to their destinations faster and easier. 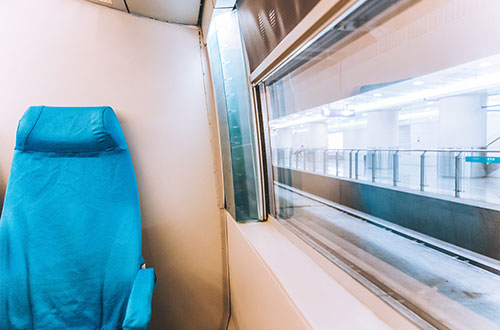 There are no wheels for the maglev train, so you don’t have to deal with the deafening noise like ordinary trains. You can enjoy a peaceful and smooth train journey.

3. Maglevs use less energy, up to 30% than normal trains.

A maglev train does not use quite as much energy to operate as traditional trains. They are able to carry much more weight without requiring any extra energy consumption. The maglev trains run on electricity not gas or coal, which means they are more environment-friendly.

Conventional trains need constant upkeep to ensure that the tracks and wheels are kept in good condition. With frequent and constant use, train tracks and wheels wear and tear over time, making them hazardous and dangerous. As maglev trains do not experience as much friction between the two surfaces, they are easier to maintain.

The biggest disadvantage is that maglev trains are not compatible with the current railway tracks, and therefore new routes and lines are needed to be built, resulting in high costs for the initial setup. As the present railway infrastructure cannot be used for maglevs, it will either have to be replaced with the maglev system or an entirely new set-up will have to be constructed ― both of which will be very costly in terms of the initial investment.

Some critics have claimed that it emits harmful radiation but tests have proven such claims false. In fact, the Shanghai Maglev emits less radiation than a single hairdryer.

The Shanghai maglev train, was launched in 2002, is the world's third high-speed maglev train that has been put into commercial operation after the AirRail Link in London in 1984 and the M-Bahn line in Berlin in 1989. 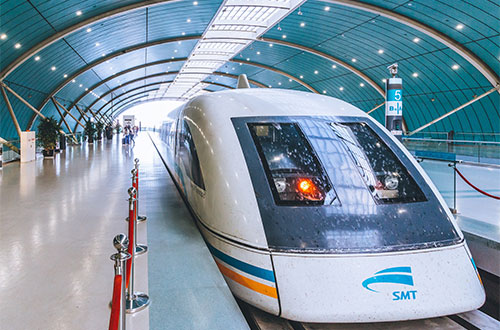 It is the first commercial maglev system in China; it's also the only one still in operation worldwide. It covers 29.8 km (18.6 miles) and runs from downtown Shanghai to Pudong International Airport. The maximum speed is 431 km (267 miles) per hour.

1. Where does the maglev train go in Shanghai?

2. How much was the cost to build the maglev train in Shanghai?

The total cost of the project was $1.58 billion.

3. How much is the ticket on the maglev train?

A standard single ticket is RMB50 or about US$8. First-class is known as “VIP”, and the cost is double of the standard price. The seats are larger and more luxurious. There is no wifi onboard, and there is an airline-style reading light. The journey time is approximately 7-8 minutes.

If you are traveling to/from the airport, present the staff with your plane ticket for the same day as your travel and you will get a 20% discount off the price of your maglev ticket.

4. How fast does the maglev train in Shanghai go?

It will hit speeds of 431 kilometers (269miles) per hour during the 8 minute ride. However, trains are capable of going much faster. During a series of tests carried out in 2003, a five-carriage Shanghai maglev train recorded a top speed of 501kmph (311 mph).

5. Where should I visit if I want to learn more about the maglev train?

There is a small museum at the Longyang Road Station, that covers the the history and technology of the maglev train. 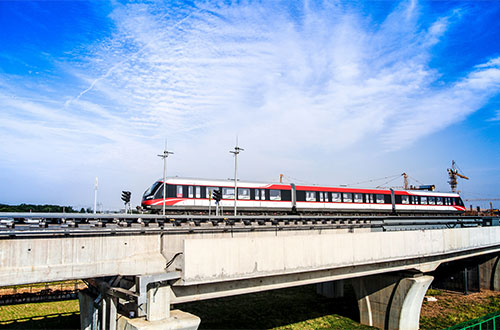 The Changsha Maglev connects the city’s airport to the South Railway Station; it is 18.5 km (11.5 miles) long. It was completed in 2016. It is China’s first domestically designed and manufactured maglev line and the world’s longest medium-low-speed maglev line.

It runs every 15 minutes between 9 am and 6 pm with six stations and traveling at 110 km/h (68 mph) operating speed. There are two more stages in planning, a 9.7 km and a 37.4 km long one. Once completed it will become a circular line. The ticket is RMB20 (USD$3) for the journey.

In June 2018 the research team under CRRC Zhuzhou Locomotive Co., Ltd. and Hunan Maglev Technology Research Center successfully completed the development of the second-generation maglev for Changsha. Compared to the first generation, the maglev 2.0 is to carry more passengers, and traveling at a faster speed. For example, the 2016 version operates at 100km/h, while the new one can run at 160km/h.

S1 Line of the Beijing Subway is a medium-low speed maglev line. The line was opened on December 30, 2017. It commences from Jin'anqiao Station and goes west towards Mentougou District. The line uses the medium-low speed magnetic levitation technology which can give a top speed of 105 km/h. The actual speed of the line is 100 km/h (62 mph).

According to the long-term construction plan, the western extension of the Beijing Subway Line S1 will have 4 stations named Nancun, Lujiatan, Jietaisi and Tanzhesi.

The total length is planned to be 38.5 km (23.9 miles). Part of the project, the 387 meters long Henggang tunnel will be China's longest maglev tunnel upon completion. The Qingyuan Maglev will emit low noise. The train was measured to emit only 56 decibels at the speed of 100 km/h (62 mph).

This will be China's second maglev line devoted to tourism. It's a joint effort by the Hunan Maglev Group Corporation Limited and the Fenghuang County Government. The 9 km (5.6 miles) long first phase is connecting Zhangjiajie-Jishou-Huaihua High-speed Railway Fenghuang Station with Folklore Park tunnel entrance. The following phase will run from Folklore Park tunnel entrance to the City East Tourist Center. The third and last phase is from the City East Tourist Center to Zhangjiajie-Jishou-Huaihua High-speed Railway Fenghuang Station by passing Yinmajiang Panda Theme Park. All the train stations along the line are planned to seamlessly integrate into the surrounding natural and cultural environment. The line was set to open in 2021.

Bullet trains refer to trains which can travel at speeds higher than 200 km/h. But we don’t include the maglev train in it here.

China has been a world leader in the construction of high-speed railway. By the end of 2020, the country had 37,900 km (23,687miles) of high-speed rail lines in service, the longest in the world. The bullet trains can take you to all major cities in China. We have tour packages that use only bullet trains for city to city transportation.