Having existed on the earth for more than 8 million years, the Giant Panda is known as “the living fossil”. It is a symbol of friendship and an envoy of peace. Today, as a national treasure, the giant panda is a representative of wildlife protection and enjoys great popularity worldwide. 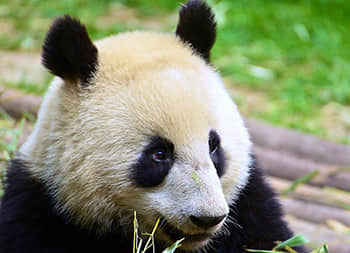 The giant Panda’s body type is enormous as a bear. It has a round head and short tail with a body length of 120 to 180cm, a weight of 80 to 125kg, and tail length of 10 to 20cm. In general, wild giant pandas are heavier than captive giant pandas, and male pandas’ figures are bigger than female’s. They are distinctive with their white coat with black patches around the eyes, over the ears, across the shoulders, and covering the legs. The giant pandas which live in the Qinling Mountains are bigger than those in other areas.

The giant panda’s diet is very simple, 99% of what they eat is bamboo, and only 6 out of the 500 available types of bamboo. Bamboo is not very nutritious, so they eat a lot. A giant panda needs about 15 to 20 kg bamboo every day for its energy supply due to its enormous body size. Arrow bamboo is their favorite, which alternatively reproduces by sexual and vegetative propagation. It takes about 40 to 50 years in the sexual propagation, and then it will wither after flowering. It takes about a decade to re-grow. No doubt the Pandas will be lacking food because of this. 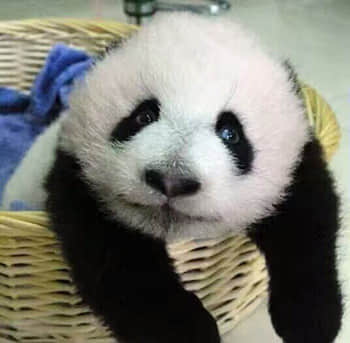 The life expectancy of giant pandas is about 25 years. Some pandas in captivity survive above the age of 30.

In October of 2016, Hong Kong Ocean Park announced that the Giant Panda Jiajia had been euthanized. Jiajia had just celebrated her 38th birthday. This is equal to being 114 years old in human terms. Due to Jiajia’s bad health, the veterinary and the park committee decided to euthanize her after serious discussion. Jiajia was the oldest captive panda on earth.

These places have an altitude of 1,400 to 3,600 meters, covering 29,500km² in total. Here there is fertile soil, lush forest, green bamboo, and fresh air with gentle breezes and overall tranquility. The vegetation consists of deciduous broad-leaved forest, coniferous and broadleaved mixed forest, and hill-mountain bamboo forest in the sub-alpine coniferous forest zone. The annual precipitation is above 1000mm, and the yearly average temperature is 7 to 17℃. The snow accumulation is about 4 to 5 months.

Our Most Popular Panda Tours:

Our most popular panda tours take you to see these lovely giant pandas from unique angles. 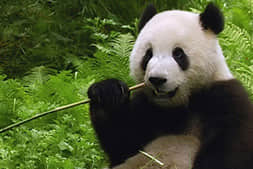 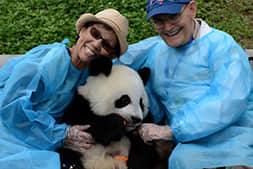 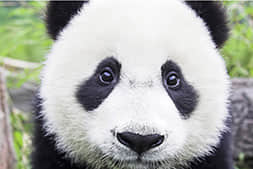