The Role of Kung Fu in Chinese Culture

The significance is Kung Fu deeply waived into the rich tapestry of Chinese culture and history and has remarkably persisted in modern culture as well. Perhaps the most fascinating aspect of Kung Fu is that it is the product of the merging of key yet countless different elements of Chinese culture, which have, in one way or another, left their footprint on the martial art. 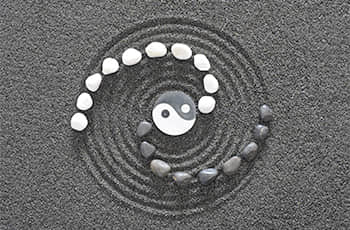 Over time, Kung Fu has been a faithful ambassador to Confucianist, Taoist and Buddhist thought. Indeed, through the practical implementation of their concepts and ethical beliefs, the martial art has proved itself to be a persevering companion to China’s philosophical heritage.

Confucianism,on the one hand,regards Kung Fu as beneficial to both individual and social well-being, and sees martial art to be almost compulsory ingredient of good education. Taoism and Buddhism, on the other hand, regards Kung Fu with outmost respect, for its ability to integrate and nurture into its practice the paradoxes of reality as well as those of existence.

Kung Fu in the military

Aside of philosophy, martial arts have always held a special place in Chinese military culture; Kung Fu has always been considered as the child of military dogma. Indeed, Kung Fu fighting techniques were often applied in the military and have been observed on battlefields. This is because many Kung Fu combat techniques were developed for the sake of withstanding war opponents.

For centuries, martial arts training was a mandatory procedure for professional soldiers and prowess in hand-to-hand combat was perceived to be just as important as vanquishing adversaries through weaponized encounters.In fact, Kung Fu fighting styles were systematized for the first time by military forces. During the Ming dynasty, the prevalence of Kung Fu in the military reached its zenith.

The practice became eminently popular in Chinese cultural artworks: the number of chuanqi (legendary tales) in Wuxia novels and theatrical plays featuring Kung Fu scenography and storylines exploded, even though those who actually practiced it were typically involved with the military in a way or another. The most distinguished military warriors were often simultaneously the most remarkable Kung Fu masters, and pioneers of new forms and styles.

It is worth pointing out, however, that the link between Kung Fu and its role in the military has been instrumentally exalted by the Chinese People's Liberation Army (PLA) -the armed forces of modern China-. The attention that is reserved for Kung Fu is especially noticeable during lavish PLA Kung Fu performances, which have become a phenomenon in their own right. 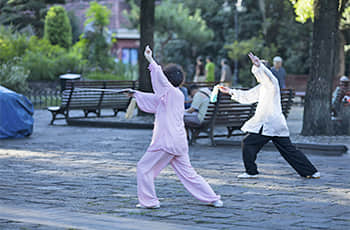 The Shaolin monastery, the most noteworthy of all the Kung Fu monasteries, is a centre for Chan Buddhism, the Chinese school of Mahayana Buddhism. The monastery, of which the importance is captured by the adage “Shaolin Kung Fu is the best under heaven”, is a key reference and source of identification in Chinese culture.

The WudangTaoist complexhas also been a prominent Kung Fu centre. Intimately linked with so-called internal Kung Fu styles, the Taoist influence on Kung Fu has seen itself reflected in a more contemplative and spiritual inclination in the practice, in line with traditional Chinese ontology. The diffusion of Taoist beliefs into the world of martial arts over time, only furthered the general population’s lure, appeal and interest for Kung Fu. Because of theinnumerable blend of influences and interactions that came to shape its practice, Kung Fu is widely considered to be the trademark of Chinese cultural heterogeneity.

In the world of art, Kung Fu has proven itself to be a fertile and everlasting source of inspiration. The celebrated Wuxia genre of literary fiction, for instance, makes Kung Fu its primary object. Wuxia can be traced back to its predecessor, Youxia tales, which are as old as the Roman republic, at least. 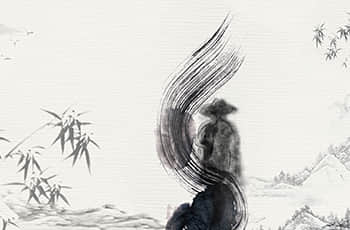 As previously mentioned, Wuxia tales acquired the form of novels during the Ming dynasty, the high medieval/early modern times of Chinese history. Two of its novels, Romance of the Three Kingdoms by Luo Guangzhong and Water Margin by Shi Nai’an, are widely considered to be among the greatest classical novels of Chinese literature.

Water Margin, the first Wuxia novel, features alarge collection of characters and is traversed with narrative prototypes, such as that of the warrior codes of honour, which is depicted through loyalty, courage and abnegation in the quest for moral martial conduct. These prototypes had a consequence influence on later Wuxia works which followed closely the new standards set forth in this novel.

While the eponymous Romance of the Three Kingdoms might not be Wuxia novel in the strict sense of the term, its elaborate and lengthy depictions of close-range combat have, as well, set the tone for the works to come. In the last hundred years, Wuxia novels have undergone a great resurgence in China. Especially in the mid-century, Wuxia novels were published in great numbers, and the authors of the best published were treated as national heroes.

Kung Fu-themed Wuxia novels ventured onto the silver screens at an early stage, asa considerable amount of Chinese and Hong Kong film productions centred themselves around phantasmagorical plots of Wuxia-defined conventions. The love shared between Kung Fu and the silver screen, however, did not end with Wuxia.

From the 1940sonwards, another genre, which narrated the lives of Kung Fu masters emerged, first in Hong Kong, and later internationally. This genre was characteristically down-to-earth, hard-boiled and bleaker than what had previously been seen. Yet, it was thanks to the Kung Fu film, that Kung Fu -as representing a set of Chinese martial arts- conquered the hearts of international audiencesand established itself in an equal position with other eminent East Asian martial arts in the global coliseum. 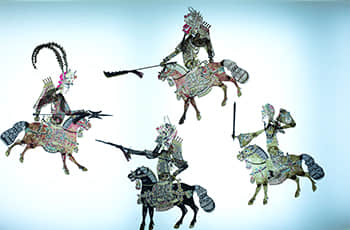 What is often overviewed in debates surrounding Kung Fu and its impact on the Chinese culture in general, is the way in which the martial art has impacted dance, theatre, as well as traditional Chinese opera. Indeed, all performative arts in China are for most part, highly influenced by movements and exercises originally deriving from martial arts.

Staging troupes also typically incorporate Kung Fu combat preparation exercises in their physically preparation for demanding on-stage acts. The plays themselves also draw substantially from Kung Fu and can be observed in their combat on stage or the choreography and coordination of their dances. All in all, through all the given examples we can see how profoundly Kung Fu is intertwined with the Chinese culture in general.

If we are to consider a common denominator for different forms of Chinese cultural expression, Kung Fu is definitely a high-flying candidate. Indeed, Kung Fu cannot be fully understood as an independent cultural phenomenon, but rather, a gateway leading towards the fundamentals of Chinese culture. 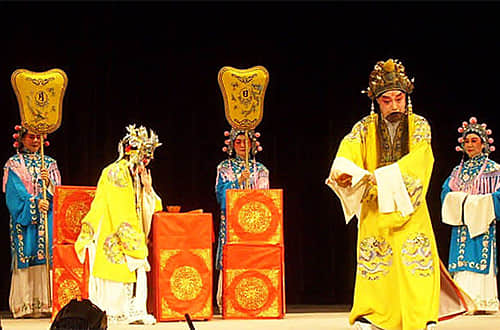 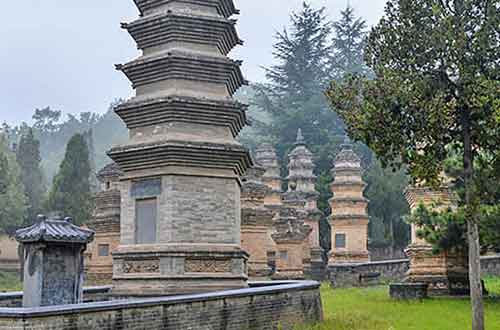 Where to Learn and Where to See 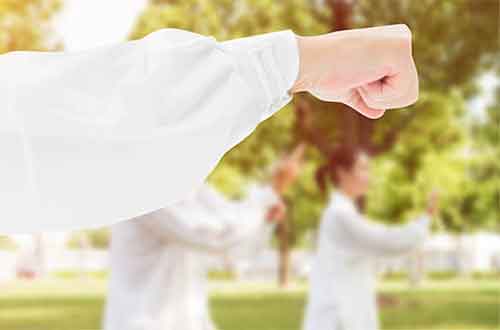 The Philosophy of Kungfu