With the proceeding of globalization and deepening of cultural exchange, Christmas Day as a representative of western culture has become increasingly popular with Chinese people, but Christmas in China has an essential difference. It is regarded as a way to relax among young people and has become a great commercial success. A lot of Chinese would like to go to church to experience a real Christmas Day.

6 Fantastic Facts You Might Not Know about Christmas in China

Christmas celebrations have become extremely prevalent, and related businesses are flourishing, although China is not a religious country. The Christmas custom in China has not existed for a very long time, but just like when another custom is absorbed in foreign countries, Christmas in China has developed its own characteristics.

1. Christmas in China is not specifically religious. 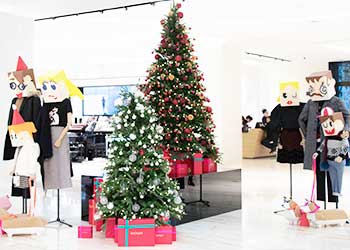 Bling up shop windows at Christmas

Christmas in China is not related to religion, and combines with carnival and Valentine’s Day. Chinese people treat it as a new way for entertainment, and the streets and shops are full of decorated Christmas trees, Santa Claus, and reindeer dolls. It is a popular way to go shopping, to karaoke, or cinema and dinner together. Young couples take this chance to express their romance for each other. Merchants also heavily promote a great variety of romantic products for couples.

2. There is a “Christmas village” in China.

Located in Mohe countryside, Beiji Village is the first Christmas theme park in China, which is a perfect example of China Arctic resourcefulness with Christmas Day. It is the northernmost village in China, and just one place to observe the Northern Lights. Driving a sledge through a vast expanse of snow land, visiting Santa Claus’s House, and Santa Claus’s Post Office brings you into a fairy tale world. It is a unique Chinese interpretation of a western festival. Here, Christmas lasts forever.

3. Eat an apple on Christmas Eve. 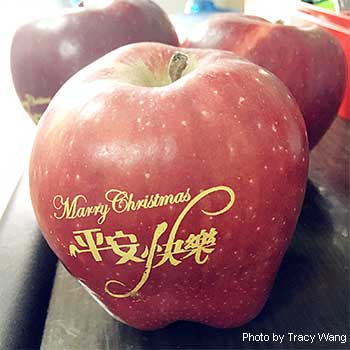 The apple on Christmas Eve is no ordinary apple, it is called a “Peace apple”. Although it is a prevailing custom in China, many Chinese people don’t even know they invented it. Chinese young people send apples as presents to their friends, because Christmas Eve had been translated into Chinese into “Ping’an Ye” that indicates a peaceful night. Apple in Chinese is pronounced as “Ping guo”, which sounds like peace. It is said that eating an apple will make for a peaceful and safe new year. It shows how Chinese people love homophones. 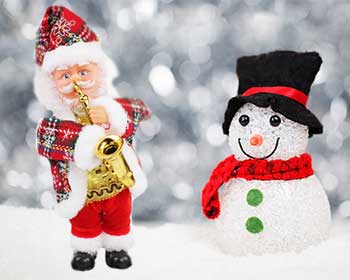 Santa Claus has a very important role on Christmas Day, but Santa Claus playing saxophone is a uniquely Chinese image. It causes widespread confusion between westerners and Chinese people. Perhaps this instrument playing charming music seems to be romantic, which fits in well with Santa’s image in the Chinese impression. A Chinese Netizen joke remarks that it is better than making Santa play an Erhu (a traditional Chinese music instrument). People are also fond of changing Santa’s image, such as making Santa hold a book and wear Chinese traditional clothes.

5. There is a battle about whether Christmas should be celebrated in China.

Nationalists propose that we should resist celebrating Christmas Day in China, because the festival is a cultural invention. Chinese people should be cautious about western festivals, and support our own traditional culture. Chinese young people don’t really care about the core of Christmas Day. This is just one more excuse to relax and have fun with friends.

6. Christmas Holidays are different across China

How long is Christmas holiday in China?

In mainland China, Christmas is not a public holiday, because most Chinese people are not Christian, they celebrate Christmas only for entertainment. This is true for the Taiwan district as well.

There is a two-day public holiday in Hong Kong and Macau, because these districts have been deeply influenced by British and Portuguese.

祝您平安喜乐，圣诞快乐。 zhù nín píng ān xǐ lè ，shèng dàn kuài lè
- May the peace and joy of Christmas be with you today and throughout the New Year. 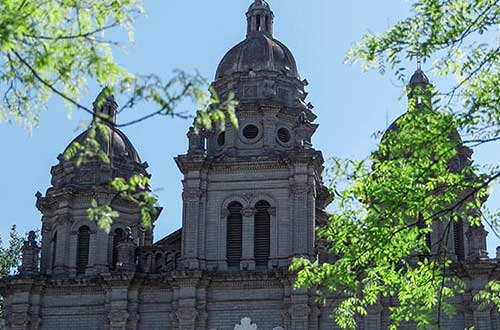 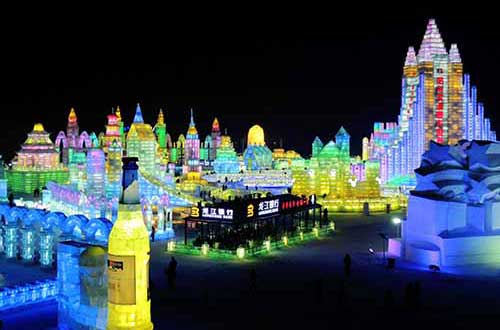