There are a wide variety of Beijing pastries which are suitable for all seasons and which have evolved over the long history of the capital city. 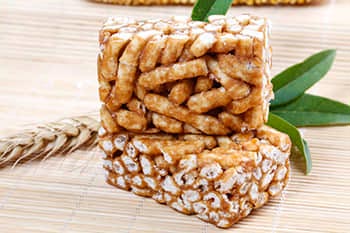 Sachima is a Manchurian food. It was one of the sacrificial offerings for the first three Emperors before the national state power of the Qing Dynasty was established in Beijing. In the Manchu language, it means “medlar and sugar”. (Medlar is a small brown apple-like fruit which is only edible after it has begun to decay.)
They use sugar to blend the fried mix of eggs and flour and shape the mix into small chunks. Sachima is listed in Beijing Style Seasonal Pastries. Sachima is a beige color and it tastes soft and tender. Osmanthus and honey really add to its rich flavor.

Beehive pastry is the dessert served at the Manchu-Han Imperial Feast. The fermented dough is kneaded with sugar and fruits. It contains no milk or cream. It can be considered either as main course or dessert. 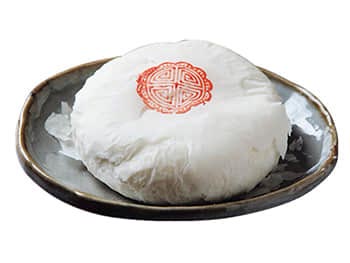 The outer layers are dense and loose. With a slight pinch, the layers peel off easily.

This is probably the oldest Manchurian snack. It is made of dough, cream and sugar. It was the solid food prepared for Manchu hunters. It is as thin as a chopstick and half the length of a chopstick. When the Qing Dynasty crumbled, Manchurian aristocrats went into finacial decline. Finally, they could no longer afford any pastry, and fried bars eventually disappeared. 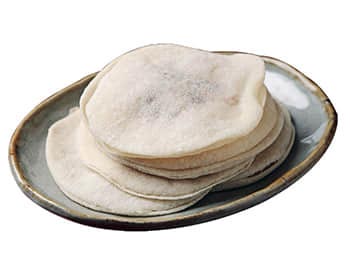 Poria Cocos is a kind of fungus. The poria cocos is dried and ground into powder. The powder and sugar are mixed into a dough and rolled into a pancake. Sugar syrup and honey along with pine nuts, walnuts, hawthorns and other fruits are stuffed into the cake.

At the opening of a pastry shop, the trial products from the new hearth were sent to the staff as meals. Eventually people started to make hearth pastries, not for trial, but as a product. There is nothing special about the material of the hearth pastry. Only sugar is added most of the time. For the prime products, osmanthus sugar is used. It was usually a gift taken when visiting relatives who have just given birth. It was the best the poor could afford back then. It is soft, tender and easy to digest. Later, hearth pastries became popular among the wealthy people.

Some flowers are used in making pastries and cooking porridge in spring and summer in Beijing. It is a tradition. Pulpvine Cakes are only served in spring when pulpvine flowers are blooming. 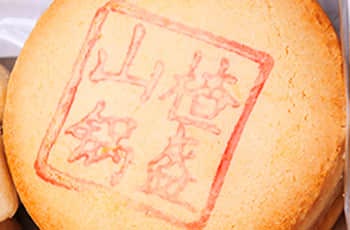 A standard flower cake has 9 components to celebrate the Double Ninth Festival. There are four different fillings in the 5 layers, jujube paste, bean paste, wuren (mix of five crushed kernels) and baiguo (apricot kernel). Four fillings and 5 layers make a flower cake. The best flower cake is made in Zhengmingzhai, outside of Qianmen, Beijing.

The sweet hawthorn filling, the aroma of the wheat and the crispy pumpkin seeds make a really good combination. 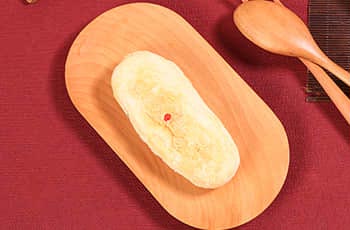 The soft white flat oval pastry has a brown savory stuffing. The fillings are well cooked and not greasy at all. The pastry is stacked up in layers The puff pastry is not oily, and the stuffing is neither too salty nor too sweet.