Palace of Vassal King in the Ming Dynasty 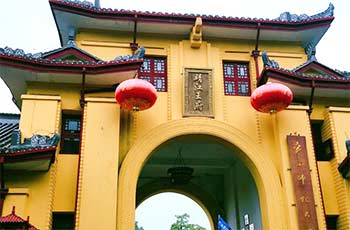 Jingjiang Prince City was bestowed by Zhu Yuanzhang, the Ming Dynasty's founding emperor, to his grandnephew, and has a history of over 600 years. It is the best-preserved prince city from the Ming Dynasty and is praised as a "key cultural relics site under the state protection". It took Zhu Shouqian 20 years to finish the construction of the palace after the fifth year of Hongwu in the Ming Dynasty (1372). The entire prince city covers an area of 18.7ha, equivalent to 283 Mu.

It is enclosed by 3 miles of solid walls made of square bluestones. Jingjiang Prince City has been home to 14 Jingjiang princes of 11 generations and later become Dingnan Prince City when it was occupied by Kong Youde, Dingnan prince in the Qing Dynasty.

Examination Office in the Qing Dynasty 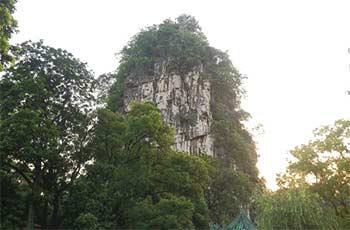 Solitary Beauty Peak is called the first peak of Guilin, which is a natural prop in the back garden of Jingjiang Prince City. You can reach the peak by climbing the 306 stone stairs. It is the best observation platform to have a bird’s eye view of Guilin. There are lots of cliff inscriptions on the walls of the peak. The well-known verse “Guilin's scenery is the best in the world” is engraved at foot of the peak.