Dongxi Xiang Alleys, located in front of the Zhengyang Gate of Jingjiang Prince City in the downtown of Guilin, are a bit like a video camera recording the vulgar life of old Guilin. There are three streets: Zhengyang East Street, Jiangnan Street and Lanjing Street. Typical of the architecture style of the Ming and Qing Dynasties, they have now become the place to experience the historical features of Guilin.

The houses of Dongxi Xiang Alleys have been restored to retain the architectural complexities of the Ming and Qing dynasties in order to present its historical culture. 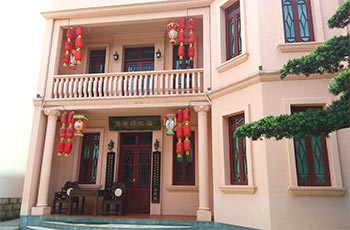 Not only do the traditional culture streets have some buildings which have been repaired to conserve them, but it is also a multifunctional area offering entertainment, food and shopping. You can visit the historical attractions, such as the Tablet of Number One Scholar in three governmental examinations, East Street No.1 (“Imperial Academy Brother” Long’s Former Residence), East Street No.7 (Chief Constable Ma Qibang’s Residence), Jiangnan No.1 (Wei Jichang’s former residence and the former site of the secret agency of the Guangxi Branch of the Chinese Revolutionary League), Lanjing Street and the former residence of Xie Hegeng.

Fashion Street is a high class shopping street in Guilin, integrating fashionable and modern elements. You can taste varieties of local food, and purchase luxury goods as well as visiting the ancient streets.