In China, many herbs are used as medicinal substances each year. Traditional Chinese herbal medicine draws on ancient practices -- herbal medicine is as old as humanity itself. Early human beings were hunters whose survival depended on their knowledge of their environment. Direct experience taught them which plants were toxic, which ones imparted strength and sustained life, and which had special healing qualities.

Nature has long been the inspiration for medical cures. Humans are not the only creatures that have managed to treat disease. Chimps plagued by roundworm infections have been known to eat plants with anti-parasitic properties, despite their bitter flavor and lack of nutritional value. In Chinese legend, animals are usually accredited with the discovery of certain kinds of herbal medicine.

The fundamental idea of living in harmony with nature and the environment forms the basis for the use of Chinese herbs as well as the traditional Chinese approach to health. Knowledge of the healing power of Chinese herbs and herbal remedies has been passed down from generation to generation, and today represents one of China’s greatest gifts to mankind.

Traditional Chinese herbs and medicine are very different from the western scientific approach we are accustomed to. Chinese health experts promote a healthy balance of yin and yang – two forces present in all of nature. When yin or yang forces or qi/energy levels are off-balance in the body and spirit, health problems arise. Chinese herbs and herbal remedies are used to help realign an individual’s yin or yang balance to improve overall well-being.

In China, there is a widely circulated story–Shennong Chang Bai Cao (Shennong tasted one hundred kinds of herbal medicine). Shennong, whose name means “the Divine Farmer,” lived around 6,000 years ago and was credited for teaching China the practice of agriculture. He taught people how to cultivate grains as food and is said to have sampled hundreds of herbs to carefully test and record their therapeutic properties. The Divine Farmer’s Materia Medica, or Shennong Ben Cao Jing, first compiled around 206 B.C.E, is considered the earliest Chinese pharmacopeia, containing 365 herbs. It laid the foundation for the study of Chinese medicine. 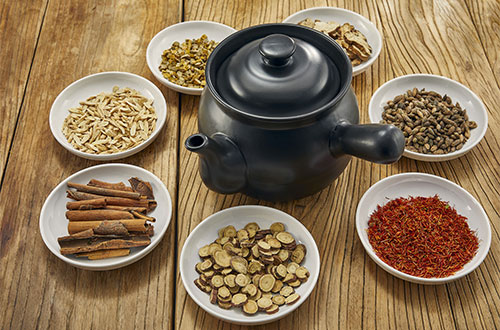 From the Song Dynasty to the Yuan Dynasty (960 AD –1368 AD), more than 1,500 Chinese herbal medicines were used. The first official edited formula book “He Ji Ju Fang" was published in the Song Dynasty (960-1279 CE). He Ji Ju was an official agency that oversaw the management and business of herbs and herbal formulae during that time. Later, during the year of Shaoxing (1136－1141CE) of later Southern Song, the name of the agency was changed to "Tai Ping Hui Min Ju, 太平惠民局" meaning "office of peaceful benefiting the people". Thereafter the book has been known as "Tai Ping Hui Min He Ji Ju Fang", Fang meaning formulae. Now, there are ten volumes in existence, and there are three volumes of appendices on general instruction. There are 788 formulae listed in the book.

In the Ming Dynasty (1368–1644 CE ), the medical expert Li Shizhen spent 27 years writing the Compendium of Materia Medica, the book of Chinese herbal medicines. He recorded 1,892 distinct herbs and more than 10,000 formulae.

Over the last decades, science and modern medicine have had some effect on Traditional Chinese Medicine, resulting in it undergoing changes. Plant extracts are the fruit of this era where pharmacologists extracted the active ingredients of herbal medicines. Most food supplements contain these plant extracts. Artemisinin (Qinghaosu), a new anti-malarial drug, was discovered in China in the early 1970s. The discovery of artemisinin is attributed to You-You Tu, who was inspired by a TCM book that was written in the 3rd century CE.

What Kind of Medicines does TCM Use?

While it often utilizes parts of plants, Chinese herbal medicine also uses animal and mineral ingredients. The resulting formulations are usually a medley of ingredients from beneficial herbs, animal parts, and minerals, the combination of which is used to treat almost any internal ailments. While herbs are believed to possess the most potency and efficacy in treating the specific ailment, minerals and animal parts are thought to maximize the herb's effects and to provide healing and therapeutic properties that help alleviate the symptoms of the diseases. There are about 5,800 kinds of medicinal plants, animals, or mineral sources used in TCM. More than 80% are from plants, hence the name “Herbal Medicine” Ben Cao which means “plants”.

The Four Properties of Herbal Medicines

There are four properties of herbal medicines, which are., cold, heat, warm, and cool. In general, the herbal medicines with warm and heat properties are prescribed for cold-syndrome (e.g. aversion to cold, cold limbs, pale tongue, slow pulse, etc.) and those with cool and cold characters for heat-syndrome (e.g. fever, thirst, deep-colored urine, red tongue, rapid pulse, etc.).

The herbal medicines are grouped under five flavors, i.e., acridness, sweetness, sourness, bitterness, and saltiness, which exert different effects. Generally speaking, acridness serves to expel and to activate; sweetness, to invigorate, to regulate and to moderate; sourness, to astringe and to preserve; bitterness, to lower, to release and to dry; saltiness, to soften and to purge.

Every herbal medicine possesses a specific character and flavor of varying degrees. It is the combination of both that constitutes the overall action of individual medicine. Hence, the clinical application of herbal medicines, including antineoplastic therapy, should be based on this conventional theory. The property and flavor of each herbal medicine are mentioned in this book as a reference for their selection in clinical practice.

Besides Chinese medicine, Chinese people also classify food into a category of five flavors. Many people believe food is medicine. Your kitchen is a pharmacy. We listed the relationship between five elements, zang organ, preferred flavors, and food .

Nowadays most Chinese medicines come in the form of easy-to-swallow, tiny round pills (wan), or tablets (pian). But, traditional Chinese medicine will be one of these four forms: decoctions, powder, paste. or in a form of a ball. 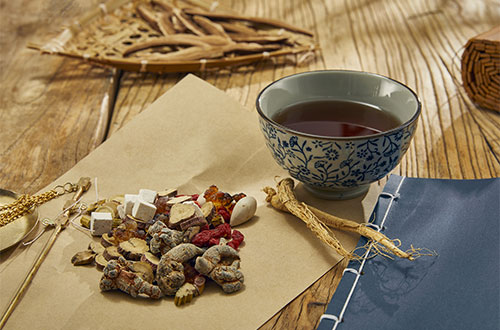 Medicinal decoctions: A decoction is a concentrated herbal tea made by boiling herbs in water. Making a decoction requires some patience, and drinking one requires a tolerance for a very strong taste and aroma. Medicinal powder: It is one of the oldest forms of Chinese Medicine, where the TCM doctor grinds the herbs, plants, and other substances with healing properties into powder. The patient will mix it with hot water and drink it.

Medicinal Paste: A medicinal paste is a paste made of herbs, plants, and other substances with healing properties. The paste is spread on a warm, moist cloth and applied to the body to relieve pain and promote healing. Some can be spread directly on the skin.

Medicinal Balls: They are aromatic, malleable, earth-toned, roughly spherical, hand-rolled mixtures of primarily herbs and honey. They are 1.5 to 2.5 cm in diameter and weigh 2.5 to 9.0 grams. Herbal balls are used as self-medication for a wide variety of conditions, including fever, rheumatism, and apoplexy.

The processing of medicinal materials, known as Pao Zhi in Traditional Chinese Medicine, is a unique part of traditional Chinese medicine and has been widely used for the preparation of Chinese materia medica. It is believed that processing can alter the properties and functions of remedies, increase medical potency, and reduce toxicity and side effects. Traditionally, various adjuvants, such as vinegar, wine, honey, and brine, are used in the processing to enhance the efficacy and reduce the toxicity of crude drugs.

Many formulae are proved to be very effective to treat certain types of diseases. We listed three drugs that their formulae are state secret. 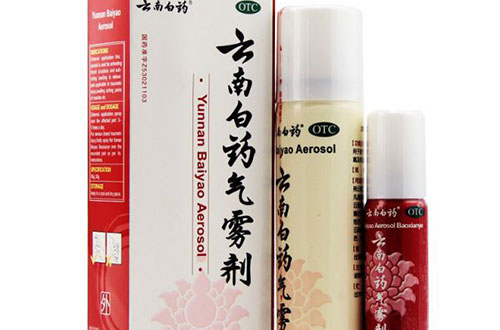 The name Yunnan Baiyao translates to "White Powder from Yunnan." Invented by a Kunming doctor in 1902, the formula is a mixture of herbs that are all ingredients in Chinese traditional medicine. The formula is ultra-secretive and generally produced under the authority of the State-owned pharmaceutical companies. The powder has been proven to help stop bleeding and prevent infection, and it was used effectively by Chinese troops during World War II. Traditionally used to treat wounds, it has now turned into a wide range of products for easier use and consumption such as, from Yunnan Baiyao infused bandages to aerosol-based Yunnan Baiyao sprays, toothpaste, hemorrhoid creams, this legacy product has innovated into the 21st century. 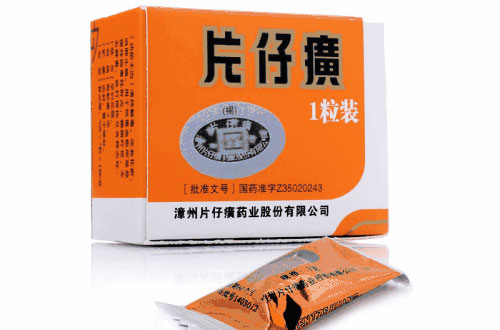 PienTze Huang (PZH) is a Traditional Chinese Medicine formula, that has proven to have anti-inflammatory, neuroprotective, and immunoregulatory effects. The sole manufacturer of PienTze Huang is the Zhang Zhou PienTze Huang Pharmaceutical Company Limited, China. The prescription and technology have been classified as state secrets, and the medicine has won the National Gold Award and passed the Country-of-Origin Marking Certificate. 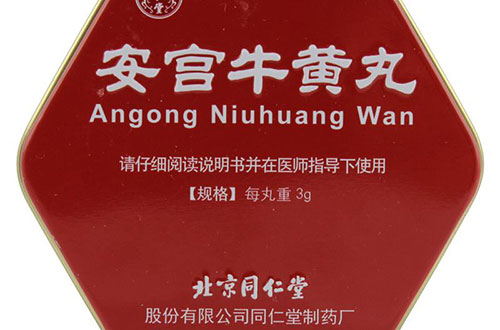 The Angong Niuhuang formula was invented by Doctor Wu Jutong of the Qing Dynasty based on an ancient recipe. The medicinal material is produced in the areas of Northwest and Northeast China. The gallstone of an ox (Calculus Bovis) is collected, and after gathering, the material is dried and made into powder or pills. AngongNiuhuang Wan won many awards in China including the gold medal for quality in 1979 and the title of the famous brand in Beijing in 1994. It can cure various acute cerebrovascular diseases with good effectiveness and light after-effect, which is the main Chinese patent medicine for treating pyrexia with delirium and stroke.

Many old pharmacies are still in operation, and the most famous ones are:

The Tong Ren Tang (also known as Tongrentang or Beijing Tong Ren Tang) was founded in the year1669. It is the world's biggest Traditional Chinese Medicine producer and won its reputation as the royal pharmacy during the Qing Dynasty in 1723. The company has since expanded its Chinese herbal medicine stores to 21 countries, including the USA, UK, Australia, and New Zealand. Tong Ren Tang's commandment: no manpower shall be spared, no matter how complicated the procedures of production are; and no material shall be reduced, no matter what the cost is. The company’s headquarters is in Beijing, and you can visit their store on Wangfujin Street if you want to learn more about Chinese medicine.

Listed by the Guinness World Records as “the Oldest operating pharmaceutical factory", it was founded in 1600 and operated in Guangzhou. This pharmaceutical factory was co-founded by Cantonese businessmen Chen Tiquan and Li Shengzuo, and known as “Chenliji” in the hope that Chen and Li would work together to save lives. The philosophy of Chenliji is “to master the art of pharmacy, and be ready to save lives”. They invented a unique technique for medicine production of pills in wax-sealed shells called the waxed shell honeyed bolus in 1644.

It currently has several branches in Taiwan, Singapore, Hong Kong, and Macao. They have a museum for Chinese medicine which is located at 1688 Guangzhou Avenue South, Haizhu Qu, Guangzhou. 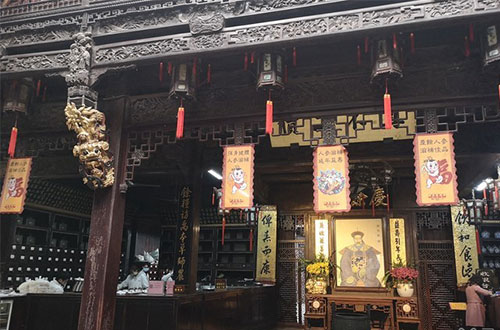 Founded by Hu Xue Yan in 1874, Hu was born into a poor family in Anhui province and worked very hard to become a successful businessman. The philosophy of Hu Qing Yu Tang is JieQi (no cheat) and Zhen Bu Er Jia (one price). They sell only top quality products to win the heart of their customers since its founding. Gradually, it has bloomed into the biggest pharmacy in the Yangtze Delta area. Today, part of the original pharmacy is the Museum of Traditional Chinese Medicine, where you can find and learn about the processing methods of Chinese medicine.