Chopsticks: Everything You Need to Know About Chopsticks

One of the most commonly used eating utensil in East Asian and Southeast Asian countries like China, Japan, North and South Korea, Vietnam, Nepal, and Singapore, chopsticks originated over three thousand years ago in China. It is commonly made using plastic, wood, bamboo, or stainless steel. Chopsticks also portray the user’s wealth as rich people use chopsticks made from ivory, silver, gold, titanium, jade, and porcelain.

The Origin of Chopsticks 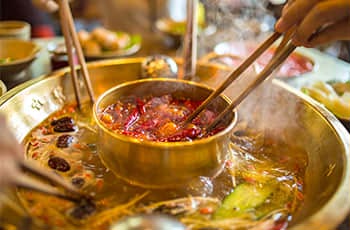 Chopsticks are an invention of the Neolithic age of China in Henan province. They were created during the Shang Dynasty somewhere between 1766 – 1122 BC. Henan province is an archaeologically important site and is also credited to be the birthplace of Chinese writing. A pair of chopsticks made out of bronze were found in tombs of Ruins of Yin, which is located at a distance of two kilometers from Anyang City. People of the Shang Dynasty used chopsticks to pick up tiny food pieces from boiling water or oil pots. Chopsticks of that era were thinner compared to the ones we use today because they were used only to pick tiny pieces from inside the soup.

Neolithic people usually used knives to cut large food into smaller pieces. Chopsticks slowly transitioned into eating utensils. The royal family, especially the kings, used to eat food with silver chopsticks to check if the food was poisoned as the metal turns black. Poisons that were used during that time were sulphur-based, which gives a dark color to silver. It was only after 400 AD’s sudden population growth that cooks had to come up with faster cooking techniques to reduce cooking time and resources used to make food. They started cutting vegetables and meat into smaller pieces, so they could be cooked faster. They also saved a lot of cooking fuel by chopping up the fuel. Picking these tiny pieces with chopsticks made them easier to eat. North Korea was the first neighboring country to use chopsticks. Japan and Vietnam started using them around 500 AD.

Chopsticks were rounded at the ends after Confucius’ belief that if vegetarian people had to eat with something that had sharp edges, it would remind them of a slaughterhouse. He also believed that knives portrayed violence because they were sharp.

What About the Size and Shape of Chopsticks?

Size and shape of chopsticks vary greatly from country to country. There are five variations of chopsticks geographically. The extent of use is greatly influenced by traditional food and etiquettes that have been a part of their cultures for centuries. 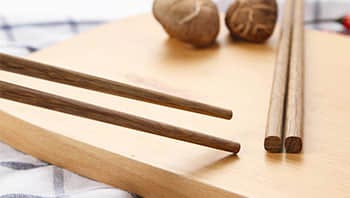 China is the birthplace of chopsticks. They are round and blunt at the ends. Chinese chopsticks are the longest in the world, measuring at 25 cm. This is because Chinese tables are usually big and you need to extend your hand further to pick up a piece of your favorite Peking Duck. They have blunt ends because of Confucius’ beliefs about violence. 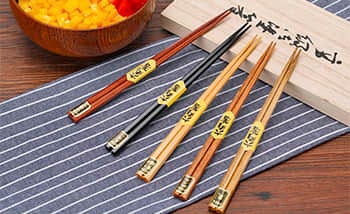 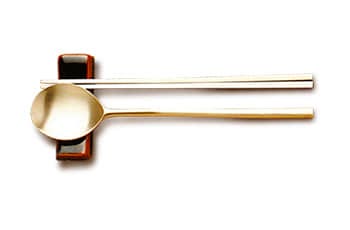 Korean chopsticks are one of the most sustainable eating utensils as they are made with stainless steel. Since the material is slippery, the chopsticks have textured ends to keep your fingers or the food from slipping out of your grip. The chopsticks are the smallest out of the three and Koreans usually use a spoon to drink up the stew or soup rather than sipping it directly from the bowl.

Chopsticks are more like sticks in Vietnam and don’t have shaped edges. Vietnamese people eat food that contains a lot of fluids. They hold the bowl close to their mouth and use chopsticks to pick up food pieces. They also use chopsticks to stir their food and is usually the size of Chinese chopsticks.

Nepalese chopsticks are made of bamboo, which is one of the most commonly found wood types in the country. They are the shortest in length and have a tapered end. Nepalese people don’t use chopsticks regularly but only for eating the traditional noodle soup, thukpa and momos. During other times, they use their hands or forks and spoons.

Chopsticks are all about comfort. They can be round, square, and triangle in shape. Most people find round chopsticks the most comfortable because they don’t have any angle but tend to roll off the table easily. Triangle chopsticks offer the best grip and fits really well in the hands. Many Chinese students use five-sided chopsticks for good luck. Something with five angles is called gokaku is Chinese, which is the same term used to describe passing.

Importance of Chopsticks to the Chinese 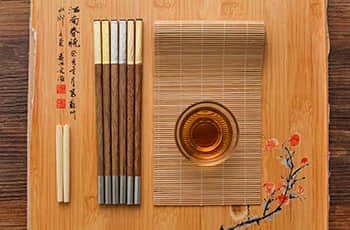 Chopsticks are a symbol of China’s long-standing cultural and historical significance. Chinese people are proud of their innovation. In ancient China, chopsticks were called zhu but since the word also means stop, Chinese fishermen and explorers changed it to kuai, which translates into fast.

A few centuries later, the name was changed to kaui zi, which means fast son and was usually a part of a girl’s dowry. It was considered as a sign of good luck for the bride as it would help her bear sons immediately after the wedding.

The Chinese culture gives a lot of importance to maintaining the balance of food supply between Heaven and the Earth. They would bury the person’s chopsticks along with the bury. 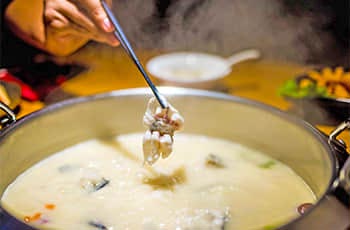 Asian countries cook rice that is of short or medium grain variety. These rice varieties leave a lot of starch that gels the grains together to create sticky rice. You can easily eat the gummy rice with chopsticks and also team it up with veggies and meat. Other food dishes in China lend wonderfully to the eating utensil.

Food is usually chopped up before serving so that they be picked up easily by the chopsticks. There are a few dishes made with fish, duck, and suckling pig that are presented on the table without chopping up but they are cooked so well that they fall apart with ease. Chopsticks are difficult to handle at first but once you get the hang of it, they are going to be your favorite eating utensil. 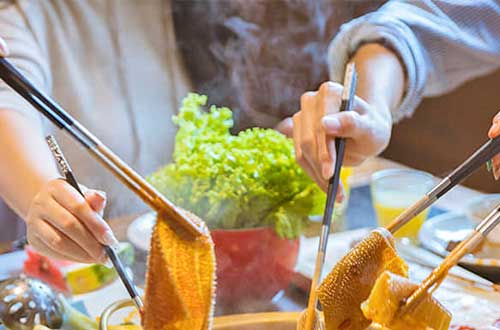 How to Choose a pair of Chopsticks? 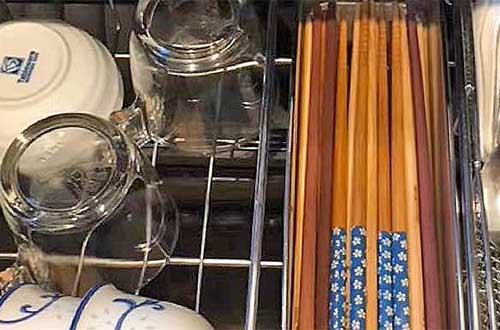 How to Maintain Chopsticks? 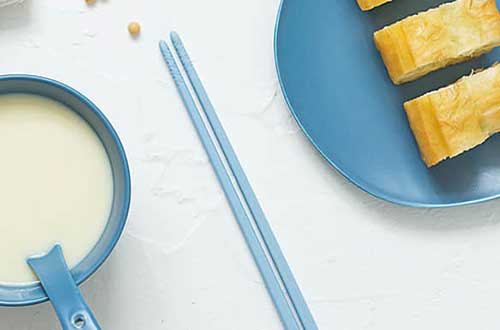 The Science Behind Making Chinese Chopsticks