China covers an area of over 9.6 million square kilometers. There are over 360 kinds of operas in different places in China. The operas in China originated in Qin Dynasty (221 BC – 207 BC), but the composition of opera originated during the Song Dynasty (960 AD – 1279 AD).

Most operas were composed according to the ancient novels, such as “The Romance of The Three Kingdoms”, “A Journey to The West” and “The Outlaws of Marsh”. For thousands of years, these operas and novels have benefited from each other. The heroes in the novels are also the heroes in the operas. Chinese people often consider themselves to be the heroes and the ones they dislike to be the evildoers. They teach their children to learn from the heroes.

In Chinese operas, the performers’ faces are often painted with theater greasepaint makeup making it impossible to see the performers’ real faces. Before the 1900s, only men could be opera performers, even if their roles were female. At that time, a lot of foreign men in the audiences did not know this and consequently fell in love with female characters, who were actually men playing a female role.

Drums, gongs, suona horns, urheens and 4-stringed Chinese lutes are major instruments for the operas in China. The Beijing Opera, Yue Opera, Huangmei Opera, Yu Opera and Cantonese Opera are five of the most popular operas in China. 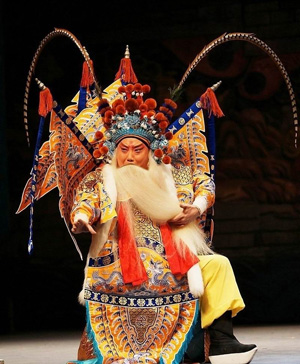 Beijing Opera is considered to be the essence of China, but actually, the language of Beijing Opera is not the dialect of Beijing. In 1790, four renowned opera performing teams traveled to Beijing, the capital of the Qing Dynasty (1636 AD – 1912AD). They created the Beijing Opera by combining their local opera with the operas in Hubei, Shaanxi and Zhejiang. At the beginning, the Beijing Opera was only popular in royal families and before too long, it had spread to every part of China. At that time, the transportation was not yet very developed. People from northern China and southern China could not communicate with each other due to the differences in dialects. So it was incredible to create a new opera based on the operas from these parts of China.

Elegance is the characteristic of Beijing Opera. The opera originated in the royal families, so its creators had to cut out parts that would otherwise appear to be disrespectful to royalty. The Beijing Opera had based its creation around some very violent scenes and these were the bits that they needed to be removed. When roles in Beijing Operas needed to be angry, the performers could only show anger through facial expressions and deep voices. (Please note that the deep voices do not mean loudness.)

Singing, speaking, dancing and acrobatic fighting are the basic skills of Beijing Opera. The performers have to practice for over 10 years to master these four skills.

The language used in Beijing Opera is a mixture of the dialect in Zhejiang, Anhui, Hubei and Shaanxi. When the performers sing during performances, they have to sing in this mixed language. The performers sing when they need to tell their partners a story or something about themselves. There is usually no dialogue during singing therefore facial expressions are used to convey the interaction between hearers and singers.

Speaking is the most used skill in Beijing Opera. Like singing, the performers must speak in the mixed languages. Speaking is a skill to foreshadow singing. While the performers are speaking, they are getting more and more excited. When their emotions reach the highest point, they begin to sing. Team-work is the key for speaking, the supporting roles helping the leading roles to reach the highest point and then to sing, which in turn draws the audience into this same emotional high.

Different from other operas, the dancing in Beijing Opera usually only lasts for a short time. Not every play includes dancing, on some occasions it is only used to move into the correct position on stage. The waving of long sleeves is the most well-known part of the dancing in Beijing Opera. While the sleeves are flying they used to convey ripples in a river and may only last 20 to 30 seconds but there will be enough time for the audience to film this beautiful moment.

The fighting in Beijing Opera is different from the fighting in Chinese Kungfu and does not have to be powerful for the opera. Performers often loop the loop 20 times or more in order to cooperate with their fighting partners in opera, so the fighting is acrobatic. However, the training of acrobatic fighting is never easier than Chinese Kungfu training. A successful fighter for Beijing Opera usually begins training at the age of 4 or 5 and may incur many injuries during practices over this time. 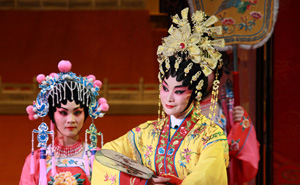 The Yue Opera is the second most popular opera in China and is enjoyed and appreciated for its reputation to contain the essence of China. The Yue Opera originated in Zhengjiang and became well-known in Shanghai. There are troupes of Yue Opera in almost every province in the South Yangtze River Area. In Shanghai, Zhejiang, Fujian, Jiangsu, Anhui and Jiangxi, people like the Yue Opera even more than the Beijing Opera. Like the Beijing Opera, there were only male performers when the Yue Opera was created, but with the development of both the opera and people’s mind, female performers are increasing day by day. Nowadays, most performers of the opera are female.

People in Zhejiang and other parts of the South Yangtze River Area are renowned for their gentle personality. They always talk and sing gently. The Yue Opera is as gentle as the people who created it. Due to the gentle characteristic, the Yue Opera is a perfect way to show love stories, especially love tragedies, such as “A Dream in Red Mansions”. 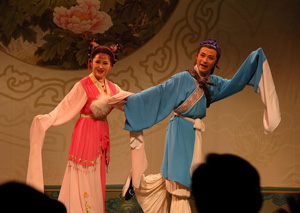 The Huangmei Opera, with its brisk tempo, is the happiest opera in China. The Huangmei Opera originated in Anhui Province. In ancient times, most people were threatened by starvation, so it is incredible to think that they have created the kind of opera sounds so happy.

The Hungmei Opera was created in countryside. When people were working in fields, they believed singing could make their crops grow better and faster, so they sang to each other. Before long, their songs were spread to the urban areas and collected by artists, who finally composed the opera.

“The Fairy Couple” is the most well-known track of Huangmei Opera. It describes that a fairy got married with to a man. They live and work in fields together, but the fairy’s mother did not like this marriage and captured his daughter in her sky palace. The man did not give up and tried his best to persuade the fairy’s mother allow this marriage. Finally, the fairy’s mother allowed them to meet once a year. The seventh day of the seventh month of every year according to Chinese Lunar Calendar is the day the couple meet each other. When the day comes, countless magpies fly together to form a bridge above the galaxy for the couple to walk towards each other. The day is also called Qixi, or Chinese Valentine’s Day. 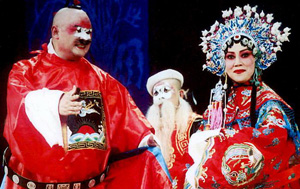 The Chinese word “Yu” is the abbreviation for Henan Province, where the Yu Opera originated. Different from other operas in China, normal people can understand the language of Yu Opera and is the primary reason why the Yu Opera is the most popular local opera in China.

The history of the Yu Opera is much more pleasant than other operas, because there have been female performers since the opera was first created. The most well-known tracks of Yu Opera are also about female heroes in ancient times, such as “Lady General Mu Takes Command,” which tells a story of an undefeatable lady general, and “Hua Mulan”, which tells the story of a girl who pretends to be a man and serves in the army of her country for her father. By the way, normally, only men could be soldiers in ancient China.

Second to Mandarin, Cantonese is the most spoken language by most people in China, third in both Canada and USA and fourth in Australia. There are over 100 million people who speak Cantonese in the world. So, the Cantonese Opera is an international opera.

It is said the Cantonese Opera originated in Ming Dynasty (1368 AD – 1644 AD) in south Guangxi and Guangdong Provinces. Please note that Hong Kong and Macau were parts of Guangdong at that time. It is widely believed that the pronunciation of Cantonese is closer to ancient Chinese languages than Mandarin.

In fact, Cantonese opera is more popular in foreign counties, such as Singapore, Canada and Australia than in China, because the most of the Chinese overseas in these countries speak Cantonese. Nowadays, there are Cantonese opera troupes in only south Guangxi and Guangdong provinces in China mainland.