Baijiu is produced nationwide in China but its epicenter lies in the neighboring southwestern Chinese provinces of Sichuan and Guizhou. There, baijiu giant Kweichow Moutai, along with Sichuan rivals Luzhou Laojiao and Wuliangye in Yibin, form what's known as baijiu's "Golden Triangle". The rugged area is famed for producing baijiu's most celebrated flavors, attributed to a unique terroir including clean local water from the Chi Shui River, good sorghum, and a warm, humid climate conducive to the micro-organisms that help convert grain into alcohol.

If you want to know more about the history and production process of Baijiu, you can visit one of the museums or the place where the famous Baijiu was produced.

The Most Recommended Baijiu Museums in China 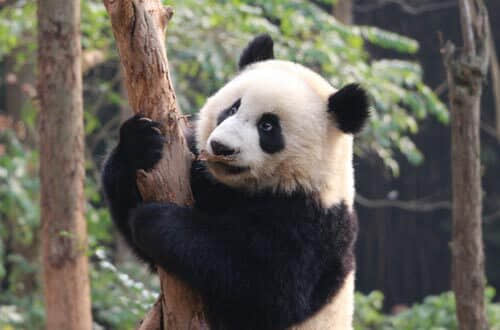 Panda Base in Chengdu

Located in the Jinjiang District of Chengdu, the museum opened in 2013 and was built on the original production site of Shuijingfang following the archaeological discovery of its remains in 1998. The museum has preserved the Shuijingfang distillery ancient relics from 600 years ago. Visitors are taken through the history of the development process of the brand and are invited to tasting the brew in the sensory room at the end of the tour.

Located in Hairou District, it is in a factory that is still used to produce Erguotou – a famous Baijiu in the Beijing area. In the museum, you will be introduced to Erguotou's brewing process and extensive history. Afterward, there is an opportunity to sample some of the brews. 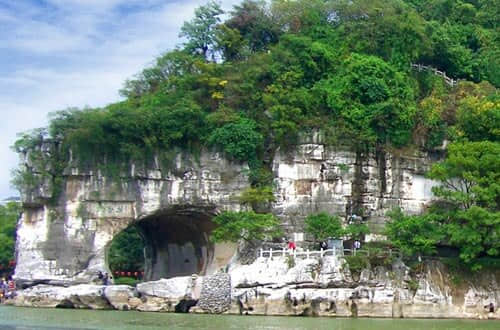 When entering the museum, visitors will soon be attracted to the hundreds of old photos that display the rich Guilin history in the last century and soak up the unique Sanhua liquor culture.

It is where the headquarters of China’s most valuable company is located. On the outskirts of Maotai Town, you can find a 30-meter-tall structure resembling a Maotai bottle. In the National Liquor Culture Museum, a short walk to the east of the factory complex, visitors learn about production processes, the history of baijiu, and why liquor from Maotai was the choice for Emperors. Outside, street lights are shaped like ancient goblets; the evolution of the Chinese character jiu, meaning “liquor”, is depicted on a wall.

Maotai Town is only 1.5 hrs’ drive from Zunyi, where you can visit the Zunyi Meeting Site Museum and Hailongtun Tusi Fortress Relic Site (a UNESCO World Heritage Site). 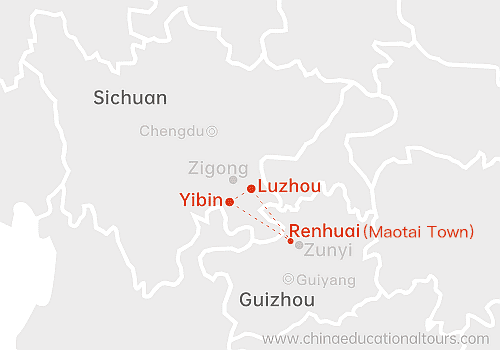 It is home to Luzhou Laojiao. You can visit the first distillery which has been operating since 1573. The Luzhou city developed around the distillery. You can watch the whole production process through glass windows. Everything is done by hand.

Zigong City is only approximately a 1-hour drive from Luzhou. You can also visit the Zigong Dinosaur Museum, one of the three best dinosaur museums. As salt mining is a very important industry in Zigong, you can also visit the Old Salt Well and Salt Industry Museum (only museum of its kind in China).

It is located at the northwestern point of the Triangle. Wuliangye’s entire production site is open to the public. The highlight of the tour is Wuliangye Wine History Museum. It shows the manufacturing methods dating back hundreds of years.

Besides the Wuliangye tour, you can visit Lizhuang Ancient Town. It served as an important role during the "anti-Japanese War" from 1931 to 1945. Many priceless Chinese historical relics were moved and stored there. The Tongji University of Shanghai also moved its school to this town, therefore many academics became part of the Lizhuang population. Another place that should not be missed is the Shu'nan Bamboo Forest or "Southern Sichuan Bamboo Sea”. The Shu’nan Forest is home to over 400 different kinds of bamboos where you’ll bask in the glorious ‘sea of bamboo’ as well as the mirror lake. There is a hiking path for visitors.