Drinking in China is an elaborate art with protocols that originated thousands of years ago. The drinking culture in China is present in daily life, during the dinners at home with friends or family, celebrations, holidays, casual get together, and most importantly business meetings. Baijiu, unlike whiskey which is served in bars more than in restaurants, is normally served accompaniment to a meal. Drinking baijiu can represent a show of respect or demonstrate the closeness of a relationship. Baijiu drinking can lubricate deal-making and consensus-building around the world, but it’s particularly powerful in China. Many Chinese believe that drinking is essential for career development.

When you come to China, for business, pleasure, or whatever, it is important to know the rules of Chinese drinking etiquette, which this article explains some basics for you to be aware of when consuming baijiu in China.

How to drink baijiu?

The basics of drinking baijiu are simple. In China, baijiu is served at room temperature in a small glass. It is often served during meals in the company of others, usually through a series of communal toasts, followed by shots from the small glasses.

In China, drinking baijiu is usually done when toasting with another person and not alone. During business meals or formal functions, there are important protocols one must need to know, and we have outlined them as follows:

The 'Welcoming Toast' by the host

The host will make a welcoming or initial toast, you must avoid getting in the way of the preliminary toast. From there, you can toast to those seated next to you. Eventually, you may move around and toast to the host, either individually or collectively.

When you offer a toast to someone, you are supposed to say some words to express gratitude, or to connect friends or to show anticipation for future deals.

How you toast matters. Hold your glass in your right hand. If you choose to toast someone who is older than you or holds a status higher than you, ensure you hold your glass slightly lower than usual as you ‘clink’. This not only applies to business situations, but also to family dinners (i.e. son-in-law will hold his glass lower than father-in-law).

Whoever proposes a toast is always expected to finish his or her glass.

Learn how to say ‘ganbei’ 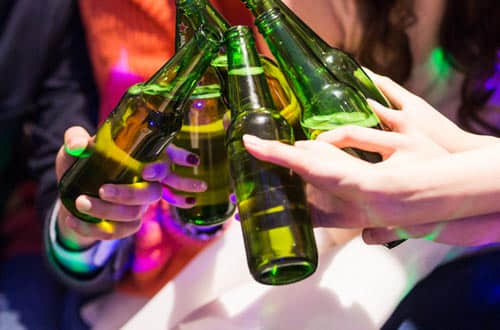 You may have encountered the phrase ‘ganbei’, pronounced ‘gun-bay’ or directly translated as ‘dry cup’. This means you will be expected to ‘finish your glass’. In the west, you would say ‘bottoms-up’ to finish your glass.

If you are late

If you are late to the party, you are expected to punish yourself by drinking three successive glasses. It is a normal punishment for latecomers as it allows them to catch up to the rest of the people at the party.

Rude to refuse a drink when toasting

1. Don’t fill your glass unless all others at your table are filled first.
2. When pouring baijiu for your neighbor, do keep it flowing. It's okay if their glass overflows a bit; that just means you're happy they're here.
3. Do calmly tap the table with one finger to say a silent thank you if someone refills your glass.
4. Don't just causally clink someone's glass during a toast; your glass should be just below theirs, as a subtle way of saying they're better than you.
5. If someone shouts ‘ganbei’ you must finish your drink to the last drop.

Survival tips for drinking in China

1. If you are truly unable to drink baijiu, you can just tell you host before the dinner and ask them to prepare beer or red wine (both are readily available in all restaurants in China).

2. Food is your friend and therefore it is advisable to have some food with the drink. A full stomach helps absorb the alcohol into the bloodstream.

3. Take it slow - Chinese dinners and drinking usually last for hours. To make it through a long night of drinking, make sure to eat some food and drink some soup between drinks.

4. Substitute it with other drinks like beer, wine, juice, soda, or even tea - If you are struggling to keep up, try to drink beer instead of baijiu. If you are feeling drunk, you can switch to tea and still keep up with the party. It is commonly accepted if you "yi cha daijiu", it is a Chinese saying meaning to substitute baijiu with tea. It means that when one is unable to take a strong drink like baijiu, he can use tea as a substitute to give a sign of respect.

What are the popular drinking games?

How do you keep a four-hour bender going without a few drinking games to liven up the atmosphere? Drinking games are extremely popular during any social activity that involves baijiu. We listed two of the most popular Chinese drinking games below: 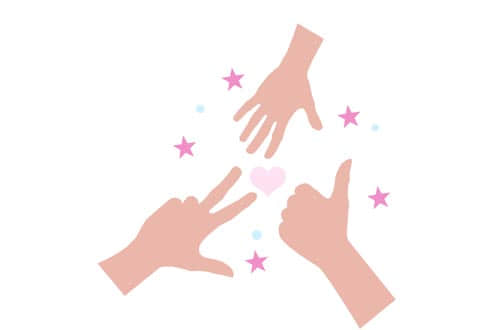 Cai Quan or known as Hua Quan in some areas. It is a very popular drinking game all over China. The rule of finger guessing is simple, but don’t underestimate its simplicity once you’ve had a few drinks. This game is for two players at a time. Both players extend any number of fingers on one hand, revealing their hands at the same time. Just before the reveal, both players must shout out a number between zero and ten. If the total number of fingers held up is equal to the sum guessed, that player is safe. The other player must drink.

Shi Wu Er Shi is a new version of finger guessing. It is more popular among young people. Again, this game requires two players. But it requires both hands of each player. Each turn, the players have the option of holding up zero, five, or ten fingers. Accordingly, the players must shout zero, five, ten, fifteen, or twenty at the moment of the reveal. If the total number of fingers held up is equal to the sum guessed, that player is safe. The other player must have a drink.

China has tightened its traffic laws to curb irresponsible driving habits in May 2011. The penalty for a DUI (Driving Under the Influence) is dependent on the driver’s BAC (Blood Alcohol Concentration). The BAC is essentially how much alcohol is in your bloodstream; it’s an indicator of your level of intoxication. If the BAC is between 0.02% and 0.08% then the driver is classified as “Driving after Drinking”. The driver will have to pay a fine of 1000–2000 CNY. Their license will be confiscated by the traffic bureau for six months.

If the BAC is above 0.08% then the driver is classified as “Driving While Intoxicated”. The driver’s license will be revoked for 5 years and they may be subject to additional fines. Regardless of whether a driver is “Driving after Drinking” or “Driving While Intoxicated”, if they cause an accident, injury, or death they will face punishment. They will be charged for their crime as well as having their license permanently revoked.

After the new law was implemented, the designated driver business (Daijia) boomed in the large cities. It's said there are more than 300,000 registered drivers across the country. Many hotels and entertainment venues have also cooperated with companies that provide designated driver service for the convenience of customers who consume alcohol.

Once the driver takes someone and their car home, either they ride their mini-bike to the next job, or hail a car themselves if it's too far.