The increasing popularity of Chinese dramas in recent years has led the entertainment industry in China to not only produce dramas, but also TV shows as well. Since 2012, Chinese TV shows have been flourishing and are expected to produce more in the years to come. Thus, more and more Chinese stars are participating in various TV shows in order to increase exposure, which in turn has brought a lot of fans to the show.

Similar to TV shows in other country, Chinese TV shows contain a goldmine of cultural knowledge that goes largely untapped. There are a lot of TV shows about the history and culture of China. You’ll learn a lot of China by watching those shows. Fortunately, if you’re in China, most of the shows are easily accessible on the Internet for free by searching for the Chinese titles. If you’re outside of China, check the YouTube links for fast connections. 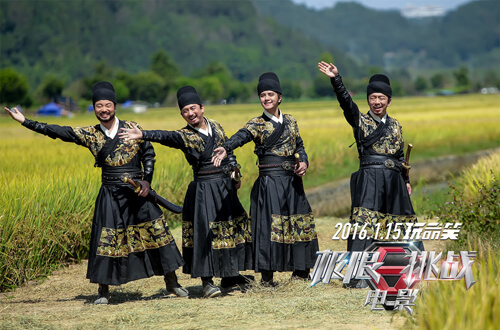 Go Fighting is a game-variety-reality show, and the MCs and guests complete missions at a landmark to win the objective. Each episode of Go Fighting focuses on one specific heatedly discussed problem in our society or era: for example, the guests experienced the life of common people by acting as taxi-drivers or housekeepers in the show and they often interacted with passers-by on the street and those passers-by were not just there to see the show but played a critical role in the advancement of the reality show. 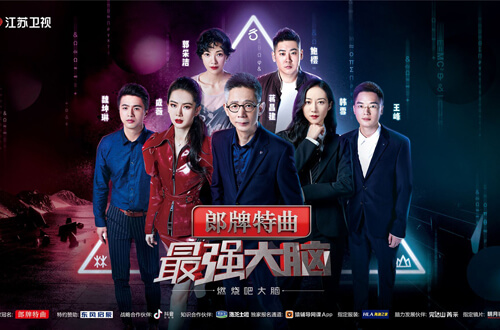 Super Brain a scientific reality and talent show originating in Germany. Every episode has a specific theme and invites Chinese people with superb mental strength and acumen to solve math and science challenges/puzzles. To make the show more relatable to the average TV audience, the production team invites celebrities to be commentators. The show will select the best 12 contestants to produce a world-class team of super geniuses who compete internationally. The show is not just fun to watch, but also to arouse public awareness of science and to educate the audience about what human brains are capable of.

But they also have critics who say they are not the real thing, that they’re staged and somehow rigged. Detractors suggest that instead of being spontaneous displays of mental agility and physical coordination, the shows are basically fabricated and the fix is in. 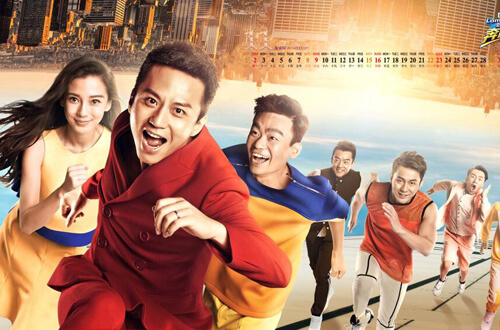 Keep Running is an Outdoor-sports reality show. The show’s contestants are famous Chinese celebrities, so it’s a great way to learn the names and faces of Chinese celebs. The celebrities are tested on their physical strengths as well as brain power. Winners are rewarded and losers punished. They play a variety of elimination games, but the main game in each episode is the 撕名牌 (Name-tag Elimination).The crew that makes it to the final mission and wins will receive the prize related to the theme of the episode.

Despite the competition, this Chinese reality TV show is friendly, fun and often hilarious. What makes the show a favorite among Chinese viewers is the engagement of pedestrians on the streets, whose participation can often change the course of the game. 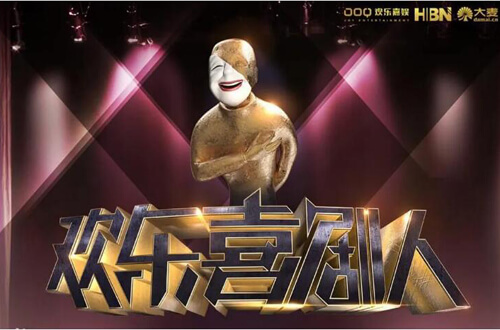 The show aims to attract great folk comedians to bring laughter and happiness to audience with the help of language humor. It is a variety show in which comedians compete with each other by performing xiangsheng (cross-talk), xiaopin (short sketch), Chinese folk art, humorous performances, vaudeville, face change in Sichuan Opera, etc. to discover the most gifted comedian.

In each episode, five teams of artists perform a comedy skit or a xiangsheng show, all original satires inspired by daily life or the country's popular culture. In some, glimpses of Western culture are seen as well. For example, a xiangsheng performer wears Superman costume to tell a comedic dialogue in Chinese about superheroes.

The show has gathered some top comedy talent across the country to raise the popularity of Chinese comedy and traditionally performing arts. And it also helps some emerging talent to gain more popularity, earning them opportunities to star in bigger screen projects like hit TV dramas or movies.

The show once inspired the Chinese film Top Funny Comedian: The Movie, which was released in 2017 and casts include British comedy star Rowan Atkinson (Mr. Bean).

5. You Are the One 非诚勿扰 fei cheng wu rao

If You Are the One is possibly the most popular dating game show in China. It has been on the air since 2010! If You Are The One follows the simple premise of 24 women standing in an arc on a stage with a light in front of them, and an eligible bachelor walks on stage and in rounds is asked questions and can ask questions back. If a male guest and one of the females connect, it’s considered a success. The girl will leave and a new girl will replace her in the next episode. So, a girl will stay on the show until she is matched up. However, the boys only get one shot.

Marriage matchmaking has always been an important cultural practice in China. For generations, marriage was arranged by parents who followed the principle of "matching doors and windows," which meant that people needed to marry those of equal stature. After the reform and opening up in 1979, a large number of young people came to the city to work. They were unfamiliar with the place of life, and with a narrow social network, It’s not always easy to meet Mr. or Miss Right. That’s why dating show and online dating becomes more and more popular in China. 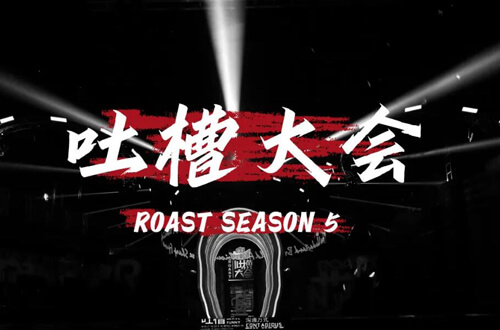 Roast, a Chinese version of the American comedy series Comedy Central Roasts. In recent years, Xiangsheng or "Crosstalk," a humorous performance dates back to the late Qing Dynasty (1644-1911) where two people hold a dialogue, has again risen in popularity with more and more young newcomers learning the art and reaching fame among a young audience. Compared to xiangsheng, stand-up comedy (mistranslated in Chinese as ‘talk show’) is still a baby. When Chinese overseas students moved back home in waves in the 1990s, they wanted to keep watching the shows they had enjoyed in the West. Pubs in Beijing and Shanghai started to host open mic nights, usually in two languages. Stand-up shows such as Roast have instantly gathered a large audience because they can build on already existing comedic art forms in China. In the show, comedians talk about relationships, work, domestic drama, money, kids and other everyday things. 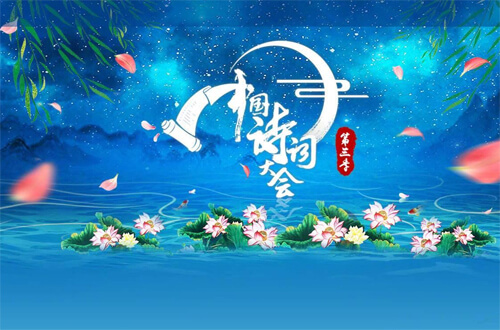 The contest, dubbed the “Chinese Poetry Conference,” has become a dark horse in terms of popularity after being aired during the Chinese New Year holiday. It has emerged from a sea of vibrant variety shows, glittering galas and dazzling celebrations that have filled Chinese television screens, to become a trending topic on Sina Weibo as well as a must-watch event. The selected poetry is based on the famous works in the textbooks of elementary and high school, which values the children's education of traditional Chinese culture and contains different categories to make the questions linked with real life, and the questions are lively and contain the themes of Chinese traditional culture. It is aimed to inspire the public to review the ancient poetry they have learnt through the competition and appreciation to share the beauty of poetry and experience the fun of poetry. 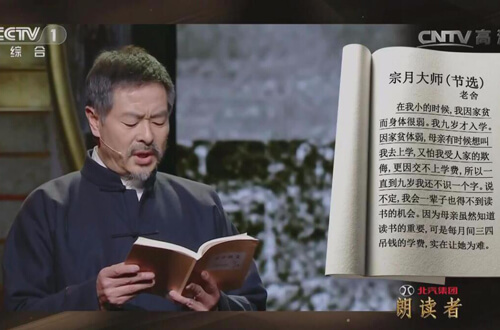 Reading aloud is a very important way of learning in China, especially for language like Chinese and English. We still have a morning reading session in primary schools and middle schools across China. Students are required to read aloud for 20 to 30 minutes each morning. The Reader show invites readers from different areas onto the show where they will share their personal stories and read a passage from a literary classic that holds special meaning for them. Each episode of the talk show features a single theme around which guests from all walks of life – some famous, some unknown – are invited to choose a personal story and piece of literature to read aloud on stage.

The Nation's Greatest Treasures show aimed to make national treasures come "alive". The show blends documentary with elements of variety show, selects artifacts from nine major museums in China and tells the stories behind the pieces, to arouse the audience’s attention for the protection of the national cultural relics and civilization. It will exhibit 27 of the most precious treasures from the nine museums – the Palace Museum, Shanghai Museum, Nanjing Museum, Hunan Provincial Museum, Henan Museum, Shaanxi History Museum, Hubei Provincial Museum, Zhejiang Provincial Museum and Liaoning Provincial Museum – across 27 episodes. Many young people think tour to museum is boring. But a majority audience of this program is young people; the program makes history appear not simply as numbers over the past 5000 years, rather, as the construction of lively people and things. Cultural relics are no longer strange objects placed in museums, but are the codes carrying Chinese culture genes.

With 5000 years of history, China has a lot of classics. The most important are The Four Books and The Five Classics; they were the canonical works of the Confucian culture in the feudal society in ancient China. Every learned man is supposed to be very familiar with those books. We also have classics in other area like medicine, history, science etc. Nowadays Chinese Children start learning some of Chinese Classics since Elementary School.

China in the Classics is an innovative cultural show. The show examines the stirring stories of ancient Chinese classics by selecting the most outstanding of these traditional, cultural masterpieces and examining the creation process and core ideology in a form that combines cultural seminars, drama and visualization. It brings the ancient classics "alive," demonstrating Chinese wisdom, ethos and values implied in the ancient classics. 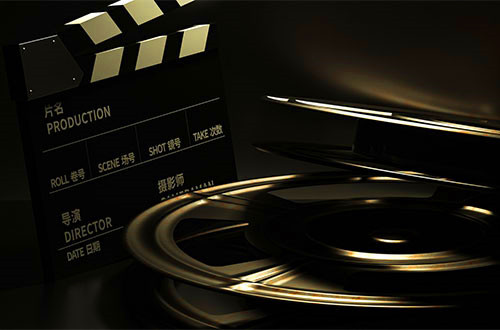 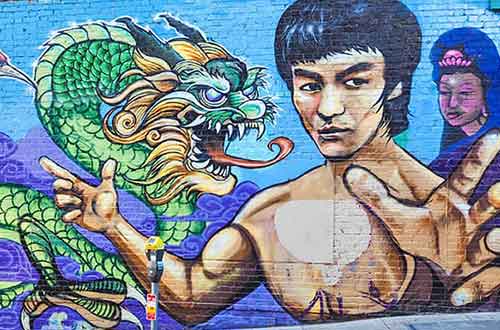 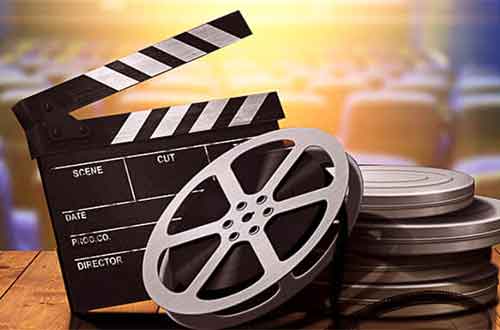