a charming ancient town in China

Nanxun Ancient Town is located in the hinterland of the Yangtze River Delta Urban Agglomeration. It is the east gate of Huzhou City, Zhejiang Province to Shanghai and the location of the District Committee of Nanxun District, Huzhou City. Rivers meander through the historic town. Numerous historic wealthy families have contributed to the beautiful mansions in the Town. As the western style once swept the city, the town has an interesting mix of European styles, which makes this place a little different from other water towns. It is indeed noble and elegant. 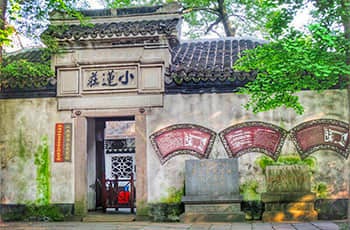 The manor is also known as Liu Manor, and was once the private garden belonging to a wealthy merchant named Liu Yong in Nanxun Town in the Qing Dynasty. It is also the ace scenic spot in the Town. Delicately planned, it offers extraordinary beauty at the end of its winding paths. It is made of two parts, the Garden Zone, centered around the Lotus Pond, and the architecture of Liu's Ancestral Shrine. The great manor offers both the Jiangnan style and the details of traditional rituals and manners. It is basically the most Instagram worthy scenic spot in the series of scenes on the combination ticket of Nanxun Ancient Town. You can spend extra time there.

The former Residence of Zhang Shiming is also known as Yi De Tang (House), and was built by Zhang Junheng, grandson of one of the four giant tycoons – an elephant. Elephants, cattle and dogs are used to mark the wealth of each house according to their particular sizes in Nanxun, Zhang Songxian. It is a rare house of the wealthy and influential clan in Jiangnan Area that basically retains the style of the Ming and Qing Dynasties. It shows the combined western and eastern styles and is renowned as a "Top Jiangnan Private House". The outer wall is quite simple, as its gate is only a square hall in the white wall. When passing through the lobby, a classical world of delicate arrangements and decorations appears. The gate tower, the walls, the pillars, the beams, the rafters, the gates and the windows are made with supreme art ideas. Thousands of stone carvings, wood carvings and brick carvings from the Qing Dynasty displaying images of birds, beasts and flowers which are spectacular and vivid. Doors and windows with French tracery, stained glass and French floor tiles add to the European style for the whole house.

It is also called Chong De Tang, or the Red House, which was the residence that once belonged to the third son, Liu Ansheng, of one of the four tycoons in Nanxun (actually the richest), Liu Yong. As the European style was advocated at that time (does this remind people of the chinoiserie craze in the times of Louis XIV?), it is another local architecture style that combines the Chinese and European styles. Liu Ti House is grand and imposing. Like other grand houses in Nanxun, this Red House features numerous carvings of various materials. 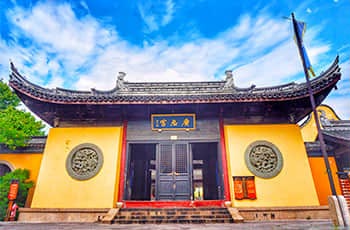 It is also called Zhang Wang (meaning King) Temple. As a 900-year-old Taoist Abbey, it is older than the history of Nanxun Ancient Town since its official establishment. This Abbey is to commemorate Zhang Shicheng, an uprising leader in the late Yuan Dynasty. For hundreds of years, Guanghui Palace recorded the hardship and the development of Taoism (local religion in China) and got destroyed and rebuilt many times. Currently, Guanghui Palace maintains the appearance from its last reconstruction. Erluo Pavilion, East Mountain Hall, Chenghuang Hall, Thunder Hall, Sanqing Hall and Zao Palace are the major constructions of Guanghui Palace (all the above Gods’ names in Taoist stories can be googled easily if you are interested and understand Chinese). People may find mercy from the majestic looking gods. The air therein is solemn and mysterious. 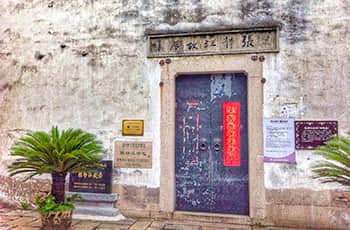 Compared to those grand houses built in the same time, the Former Residence of Zhang Jingjiang is unique. It ignored the fashionable European style and retained the simplicity and reclusion characteristics. Zhang Jingjiang was one of four most influential politicians in the Kuomintang Statement or the Republic of China (the former statement prior to the People's Republic of China since 1949) as he contributed all his assets to support Sun Yat-sen's revolution cause. Chronicles, precious photos, books, letters and the state certificate of appointment of Zhang are presented in the second and third exhibition halls in the Former Residence. 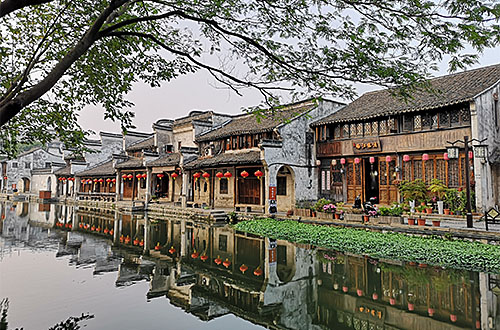 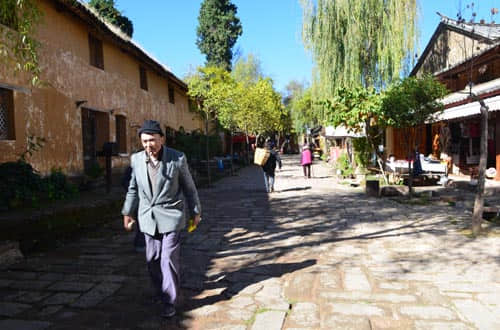