Pearl of the Plateau

Huaxi Scenic Area is located in the southern suburb of Guiyang City, and covers an area of 220 square kilometers. The pleasant scenic area enjoys a moderate winter and summer. This famous scenic spot is also called “Pearl of the Plateau”. There is also another Huaxi Scenic Area, which is located in Pan’an County, Jinhua City, Zhejiang. Approved as the national ecological model zone, it is at the foot of the national Dapan Mountain where there are high mountains and towering ancient trees. The 3,000-meter wide Changxi river bed is extremely flat, and was created by a volcano eruption hundreds of millions of years ago.

Highlights of the Area

Huaxi Scenic Area is not only famous for its charming scenery, but is also rich in cultural resources such as cultural relics, national customs, and residential buildings. 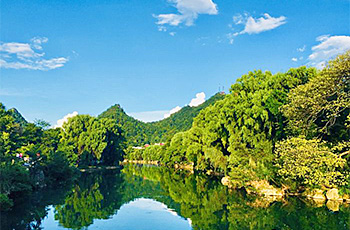 The park is located in Huaxi Town, 17 km south of the city. It was built in 1940 and covers an area of more than 800 acres. This famous tourist attraction in Guizhou is one of the three “Plateau Pearl” in Guizhou. Marshal Chen Yi (one founder of China) left behind a poem after his tour of Huaxi, "The layout of Huaxi is more than natural; the farmlands and gardens are just well integrated”. Lin Mountain near the creek is only a hundred meters high, and it looks like a large bonsai from far away. There are layers of greens, rocks, paths and karst caves. In fact, Feiyun Pavilion has been delicately built in the mountain and people can climb up to the top to have a panoramic view of Huaxi. Another mountain named Gui Mountain is adjacent to Linshan, at the center of Huaxi. There are small bridges flying over valleys in the mountains. The rivers are running below and it looks luxurious and green around the waterfall. Where the water flows more slowly, a belt shaped lake is formed, on which tourists can boat and admire the scenery on both banks. Behind the location of "Bashang Bridge", there is a small red-white walled villa among the green trees. It is said that during the War of Resistance Against Japan, Chiang Kai-shek once used it as a temporary war room. 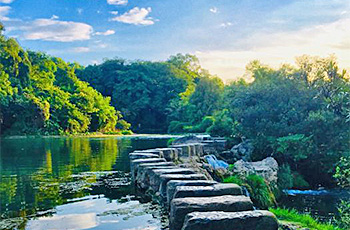 This is the former residence of Zhao Yijiong, who was the first one who achieved the top result in the national civil servant examination. It is located in the northern part of the town. The layout of the house and the yard as well as the exquisite carving is the style of over 100 years ago.

The one that marks a lady of over 100 years old is the structure of the three arches. The Qing style archway is a four-column, three-story structure with tales carved on it. The famous movie played by Jiang Wen "The Missing Gun" was filmed in Qingyan, in which the Baisui Archway shows up numerous times.

This is actually in the residence of a local celebrity, Mr. Huang. The Huang Family use the well water to produce the famous "Yellow Rose Sugar". There are two wells in the yard. The one with a lower location provides water for washing, the other one with Honey Spring carved on is pretty eye-catching. 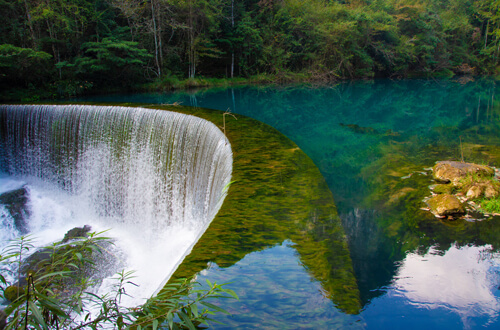 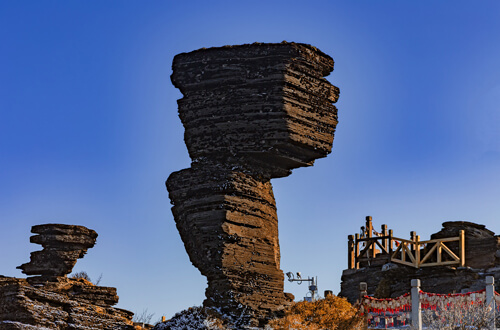 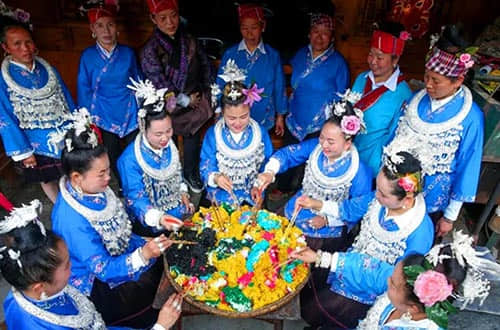 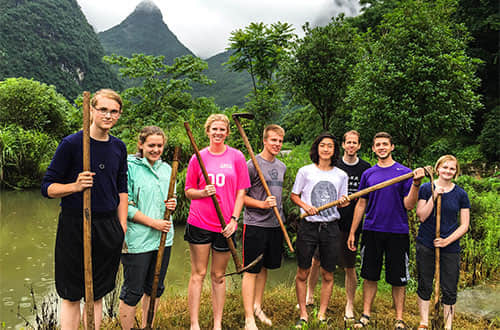