Guizhou is a landlocked province in the southwest and, is one of the most ethnically and culturally diverse provinces in China. It is home to 48 ethnic minorities out of China’s 56 ethnic groups. The minorities retain most of their unique customs, are hospitable and warm, and wear their beautiful ethnic clothing. They hold unique traditions, worship their totems, and play intriguing musical instruments. The traditional skills of papermaking and silversmith are still practiced in the area.

This 6-day tour will take you to remote villages where local people still retain their traditional way of living. Venture to the top of Mount Fanjing for the stunning views it offers.

#1 Immerse and get an insight into the life and customs of village life that has continued to remain undisturbed through the centuries in Miao villages. 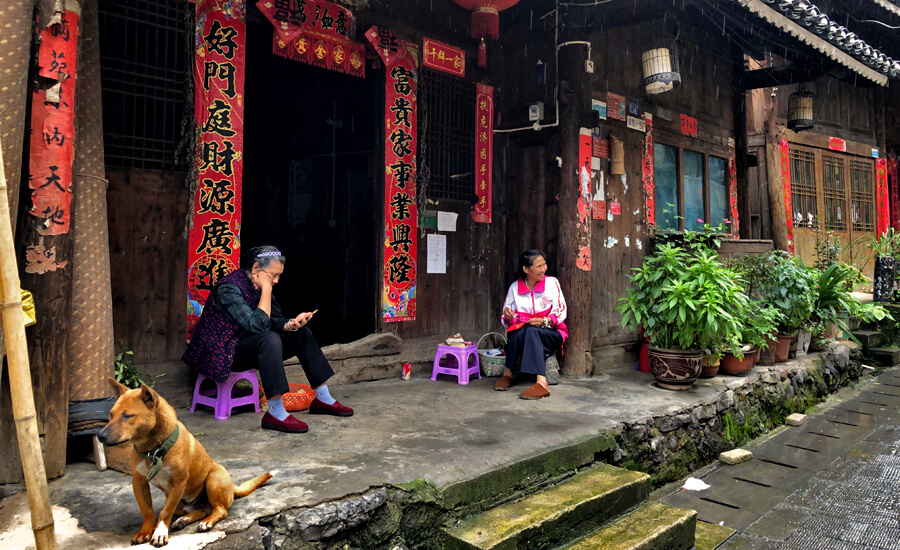 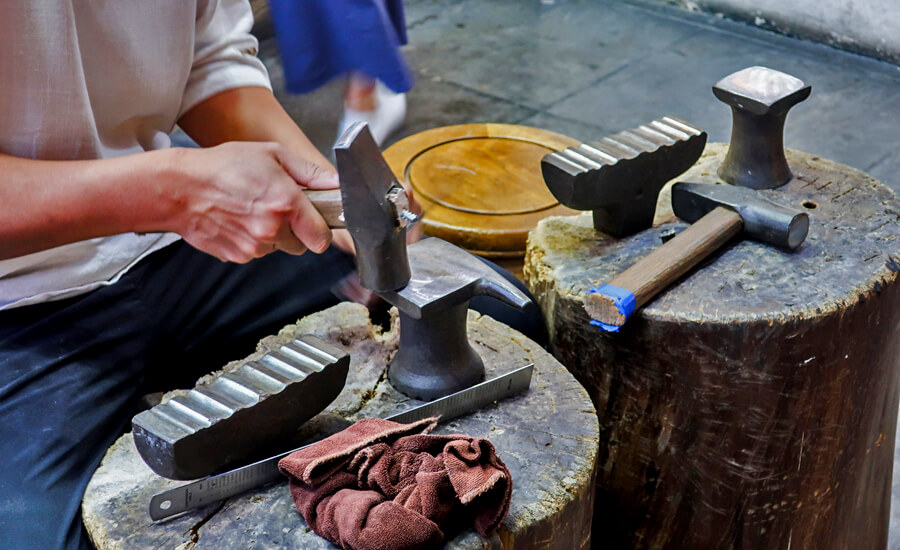 #3 Challenge yourself on the 8,888-step ascent (around 3.5 hours) from the foot to the summit of Mount Fanjing (Don’t worry; there is an option to ride a cable car). 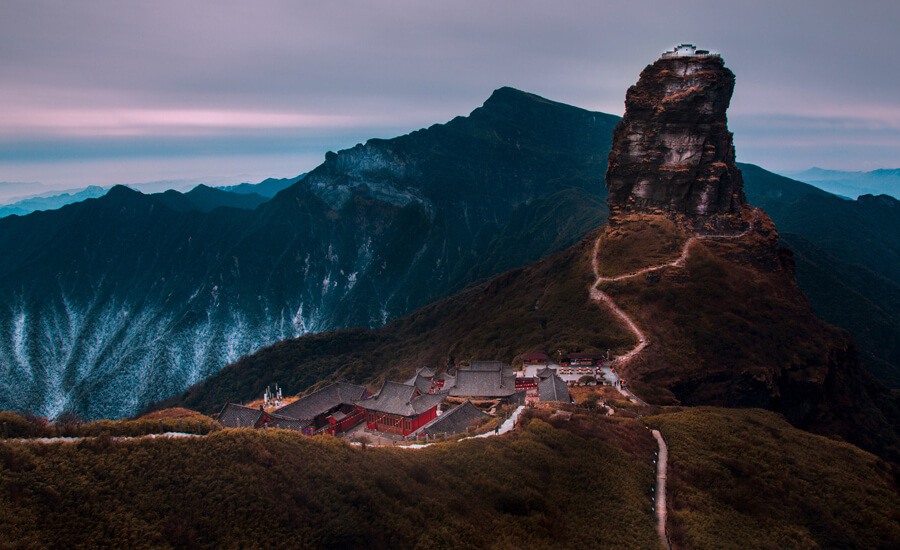 #4 Visit Zhenyuan a 2,300 year-old town and be amazed by their abundant cultural relics and mesmerizing natural scenery. 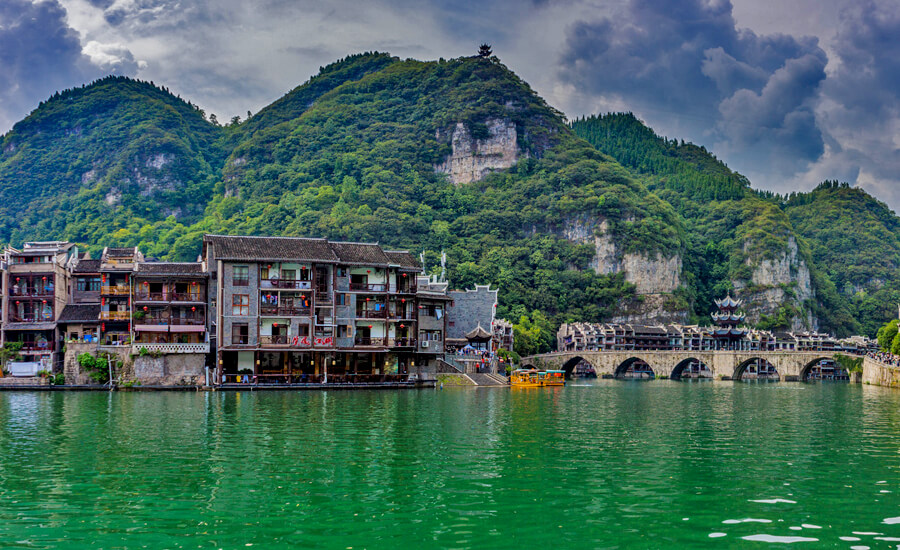 Make your travel arrangements by train or flight to Guiyang (Guiyang Longdongbao International Airport IATA: KWE). Upon arrival, our guide and driver will pick you up and take you to your hotel.

If time permits, visit Jiaxiu Tower, the location where scholars came to study in the past. A great place to stroll around and take photos in the city center. In the evening, you can enjoy some authentic local dishes such as sour fish soup, siwawa (vegetarian spring rolls) or, houttuynia dishes – a herb that is used to make a salad or fry with smoked meat. Ask our guide for recommendations.

Today, you will head to Qiandongnan area which is home to the largest concentration of Miao and Dong ethnic people in China.

En route, there is a stopover in Qingman and Shiqiao villages. Qingman Village is a beautiful example of an intact traditional Miao Village. The houses are made of wood, raised on stilts on the steep hillside, and tightly packed together to maximize workable farmland. Shiqiao Village is composed mostly of people from the Miao ethnic group, the village is well known for its ancient papermaking technique that dates back to the Tang Dynasty (618-907). The ancient craft of papermaking in Shiqiao is different from modern-day mechanized production. The raw material includes the bark of a special kind of tree and paper mulberry, which can be easily found in the area. From collecting tree bark to pulling off the dry paper from the baking wall, it involves 14 steps to produce a finished piece of paper. All the steps are done by hand, with no industrial chemicals used during the entire process.

You will overnight in Kaili, the capital city of Qiandongnan Miao and Dong Autonomous Prefecture. In the region around Kaili, between mountains and rice terraces, are nested several small towns and villages where it is possible to come in contact with the traditions, customs, and lifestyle of several ethnic minorities.

After breakfast at the hotel, you will be driven to Kaijue Village, a Miao ethnic village nestled by mountains, where you can find the traditional Miao dwellings and the Diaojiao Lou. This traditional type of dwelling is made entirely of wood and uniquely held together by joints. Typically the houses have 3 floors: the first is for livestock, the second is where people live, and the third floor is used for storage.

Today, you will hike to Kongbai; about 2 hours’ hiking in the countryside. Kongbai Village, nicknamed the “village of silversmiths”, the craft of making silver headdresses, earrings, necklaces, bracelets, belts, and other garment accessories that have been handed down for centuries and is etched in the cultural customs of the Miao ethnic people. The Miao people also believe silver jewelry wards off evil spirits and can purge the body of toxins.

Afterward, there is an hour’s drive as you head to Xijiang Miao Village, also known as the One-Thousand-Household Miao Village of Xijiang. It is home to 6,000 Miao people. The village was dubbed as the biggest Miao village in the world. Usually crowded in the morning, we have therefore chosen to visit it in the afternoon and stay the night for you to enjoy the night view. You will visit the outlying areas of the village and climb to the upper parts of the village to enjoy the spectacular view of over hundreds of wooden dwellings. Stroll through the main streets, where you can see many souvenir shops selling snacks, trinkets, and silver works.

If you get up early in the morning, you can take a leisurely walk through the village before you go to Zhenyuan Ancient Town which has a history of 2,000 years. Hemmed in by mountains, Zhenyuan offers a warm and refreshing sight, with the winding Wuyang River that separates the ancient town into two parts: Old Fuzhen in the north and Old Weizhen in the south. The Wuyang River flows through the old town. Take a boat trip on the river which rivals the Li River scenery around Guilin and Yangshuo.

Afterward, you will visit the Black Dragon temple complex to the east of Zhenyuan Ancient Town. The complex is made up of temples dedicated to Confucianism, Buddhism, and Daoism. The temples were built during the Ming Dynasty (1368-1644) and have managed to outlast two wars without sustaining much damage. They have been renovated since, but still, maintain a lot of their original features and character.

Today you will head to Tongren to visit Mount. Rising to a height over 2,336m (7,600ft), Mount Fanjing was named a UNESCO World Heritage site in 2018. Besides being a natural wonder, the area includes several Buddhist temples, and is considered a holy site in Buddhism hence its name meaning “Brahma’s Pure Land”. Its peak is known as the Red Cloud Golden Summit and is topped by two temples, with a narrow gorge in between and a footbridge linking them.

Upon reaching the top, visitors are first greeted by the Temple of the Buddha on the south side of the complex, which is said to represent the present. Upon crossing the crevice - the 'Gold Sword Gorge' - visitors can view the Maitreya Temple, which is meant to represent the future. Mount Fanjing is an important landmark for Buddhists as they believe it's where the Maitreya Buddha found 'enlightenment'. There is a cable car to the closest point to the peaks. The path winding up the mountain offers gorgeous, full of nature, fresh air, and stunning views. There are prevalent species such as the rare Guizhou golden monkey and lots of colorful insects and birds. You’d be very fortunate to catch a glimpse of the elusive monkeys because they are shy and keep well away from people. If you are energetic and in good shape, we recommend that you hike up and take the cable car down.

Sadly your tour ends, and we will send you off to the train station or Tongren Fenghuang Airport (TEN) for your transportation to your next destination.

This tour does not include your flights or train tickets. Upon purchasing your own transportation to Guizhou, our experienced travel consultants will help make your visit a memorable one. This trip will take you deep into the mountainous countryside, to the heart of where you will enjoy the culture and customs of the ethnic minorities and enjoy the beautiful landscape of the region. 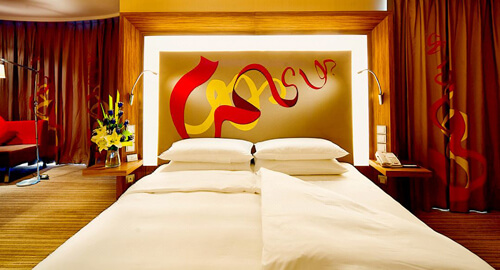 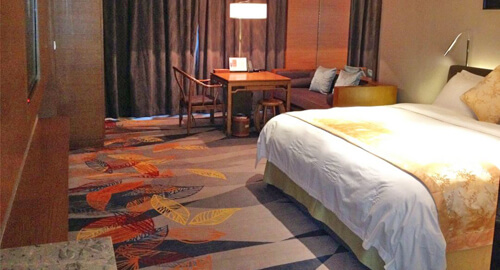 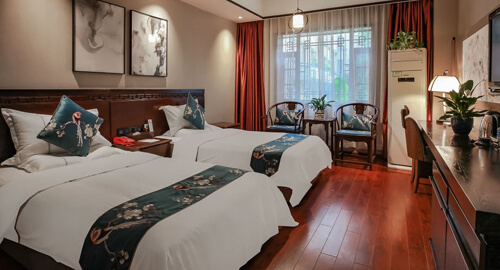 Comfortable Night 4 Impression Fucheng Hotel Good location and service. It's near the attractions. Rooms are quite clean. 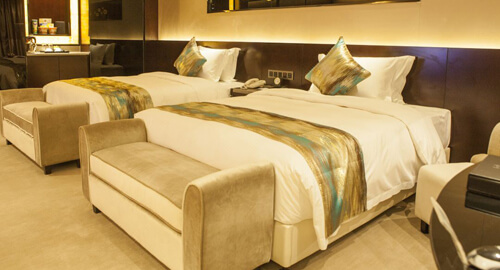 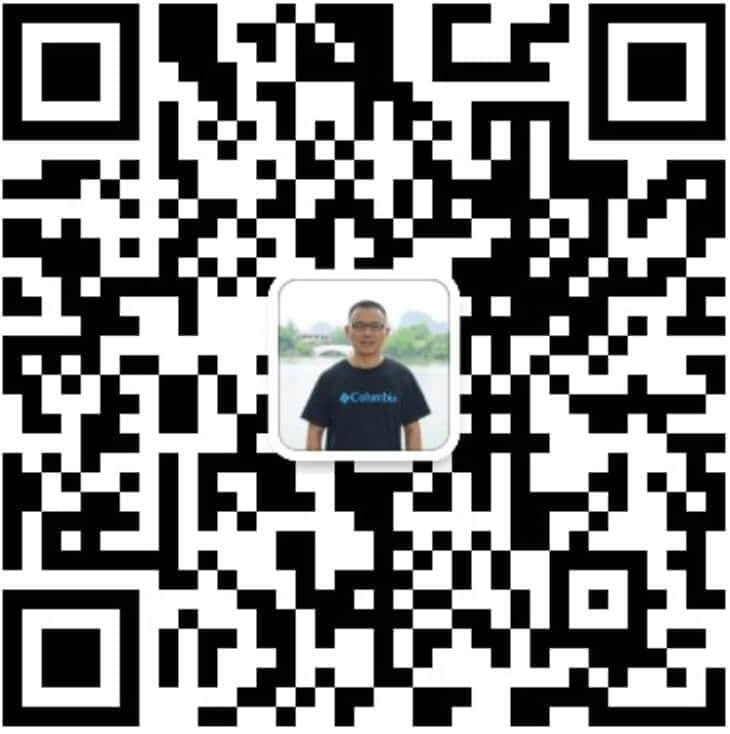 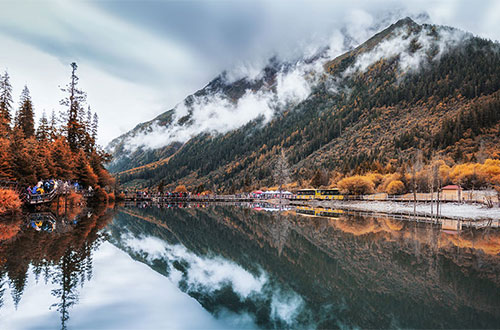 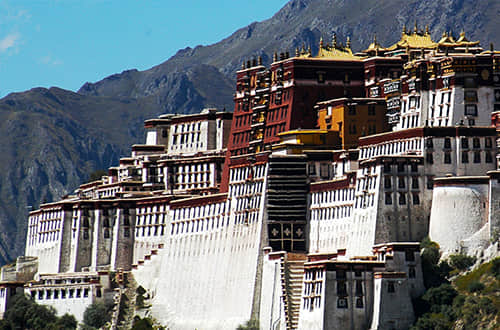 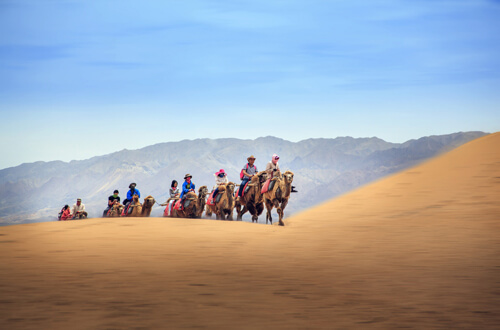 Silk Road in a Nutshell from Lanzhou to Dunhuang 7 Days Lanzhou, Zhangye, Jiayuguan and Dunhuang Tour