China’s New Silk Road is referred as the ‘Belt and Road Initiative’ (BRI), as launched by Chinese President Xi Jinping. He announced the initiative during an official visit to Kazakhstan and Indonesia in 2013. The plan was two-pronged: the overland Silk Road Economic Belt and the Maritime Silk Road, which was initially called the ‘One Belt, One Road’ initiative but finally became the ‘Belt and Road Initiative’.

What was the original Silk Road?

The original Silk Road was established during the Han Dynasty (206BCE-220CE), and was the ancient trade route that once ran between China and the West during the days of the Roman Empire. The “Silk Road” was not just a single thoroughfare from east to west, but was an ancient trade route, linking with the West, that carried goods and civilization between China and Rome. It lasted from about 130BCE to 1453 CE.

Markets and trading posts were loosely strung out along the route from the former Chinese capital of Xi’an, through modern-day Iraq and Iran, across what are today the five Central Asian ‘-stans’, to the Greco-Roman metropolis of Antioch.

The trade route originated from Zhang Qian’s mission to the Western Regions. He was dispatched to the Western Regions by the Emperor Wu of the Han Dynasty, and became the earliest traveler of the Silk Road. In 138BCE, with a task of creating relations with the Yue-chi people against Xiongnu, Zhang Qian was captured by the Xiongnus on the way to the Western Regions, and detained for about ten years. He finally found a chance to escape and continue the journey, but Yue-chi refused to form an alliance. It was not until 125 BCE that he returned to China.

Although he failed to achieve a military alliance, he was well acquainted with the geography, people, customs and culture of the Western Regions.

In 119 BCE, with 300 men, 10,000 sheep, extra mounts and quantities of gold and silk, Zhang Qian set off on his second trip. He traveled from Xi’an to the Mediterranean via Gansu, Xinjiang, Central and Western Asian, and connected a transport route overland.

Since then, valuable silk, tea, jade, and porcelain went westward, while wool, fruit, glass, gold and other precious metals went east. That’s why carrots are the common vegetable on the Chinese market.

This move involved not only transport of livestock and grain, medicine and science, but also the intermixing of different cultural and religious traditions, creating a precedent for international business.

The Flourishing time in the Tang Dynasty

Although the Silk Road from China to the West was formulated during the reign of Emperor Wu in the Han Dynasty, it reached its golden age in the Tang Dynasty (618-907CE), and remained open for almost four decades. During that time, the Chinese empire welcomed foreign cultures, making Chang’an (today’s Xi’an) a cosmopolitan center.

The Maritime trade routes for silk are believed to have been in existence before the Silk Road. It is essentially a marine trade route between China and South Asia, West Asia, Europe and North Africa, which dealt with the transportation of silk. This route starts from Guangzhou in southern China, across the Strait of Malacca and so on to India, Persia, Arabia, Somalia, and through the Red Sea to arrive in Egypt and Europe.

It was also popular for trade in the Tang Dynasty (618-907CE). During the Tang Dynasty, thousands of foreigners came and lived in numerous Chinese cities for trade and commercial ties with China. Depending on advanced navigation technology, Zheng He made seven ocean voyages toward the west in the Ming Dynasty (1368-1644).

The first sea ban order appeared in the Yuan Dynasty (1271-1368CE), and by then China had experienced a long time of self-seclusion during the Ming and Qing Dynasties (1368-1912CE) and the prolonged wars in modern Chinese history had affected trade with world.

What is New Silk Road?

In late 2013, Chinese President Xi Jinping first announced the Silk Road Economic Belt initiative in September and the 21st Century Maritime Silk Road in October. Simply, the New Silk Road will be reborn as the Belt and Road Initiative.

Why and how China plans for a New Silk Road

China has been resurrected gradually through decades of development, but many countries in West Asia are still suffering.

China’s vast industry overcapacity is mainly in the creation of steel and heavy equipment, and China has advanced technology.

The project assists less-developed regions and countries to build their infrastructure, and at the same time, it can find proper outlets to resolve overcapacity problems.

No country can help less-developed countries with a continuous supply of workforce, materials and investment, and when resources run out the critical problems still remain.

The $100 billion scheme of the Belt and Road initiative assists the countries along the Silk Road for infrastructure. Once the vast network of railways, energy pipelines, highways, and bridges have been built, the transportation from London to Beijing will take only 3 days, and the cost will be greatly reduced.

Convenient transportation means the countries on the streamlined New Silk Road will get the benefit and revenue from it. We can imagine a good vision of that rapid economic development in Asia and Europe, and it would be especially helpful for boosting the western Asian countries and thus easing social tensions.

However, can it be done so easily?

Therefore, China had persuaded dozens of countries to establish the Asian Infrastructure Investment Bank (AIIB), and lent them money to support their infrastructure development. The hope is to improve road connectivity, to promote unimpeded trade, to step up policy communication and to increase understanding between people and nations. More and more countries could see the potential of this project, and up until 2021, the total number of members of the AIIB has reached 103 from the 57 founding members in 2015. China helps other countries, so what benefits come from it?

What China Gains from the New Silk Road

Besides solving the overcapacity problems mentioned above, it will help to spend the foreign exchange money, and break the bottleneck in Asian connectivity.

China’s investments are estimated to be about $100 billion to the project, but what if the less-developed countries cannot repay?

For example, Chinese factories abroad earn money and need to exchange it to Renminbi from the bank and purchase raw materials in China. Thus, the bank stores more and more foreign exchange, which it can just lend to less-developed countries to build a light railway, and in turn these countries need to use Chinese materials and technologies. When the facilities have been completed, these countries can use the revenue from the facilities in repaying the loan.

In this way, less-developed countries don’t spend money but their infrastructures have been improved, and local job opportunities are created. China spends foreign currency and earns revenue. A more far-sighted strategy will have a pursuit of interest with a long-term view from a win-win situation.

What are the Benefits for the Chinese People

2. The value of the Chinese passport has been improved. 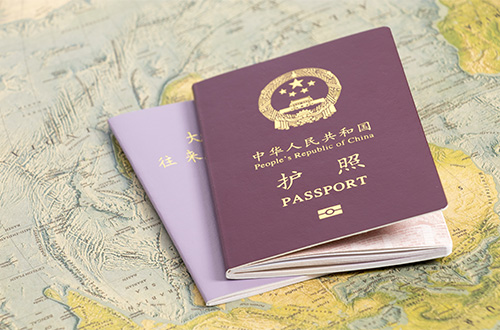 Chinese passports have been given more permission. Chinese tourists can travel to more than 70 countries or territories without a visa, or with a visa on arrival.

3. Increase of exchange and communication

Overseas students have more options to choose from for school and work, and job opportunities have increased, cultural exchange has also been on the rise.

What achievements are gained from the New Silk Road

By the end of 2019, 127 countries and 30 international organizations have signed 199 cooperation agreements with China on jointly building the Belt and Road Initiative. The Belt and Road Initiative and its core idea have been written into relevant documents of the UN, G20, APEC and other regional organizations, forming extensive consensus in the international society. 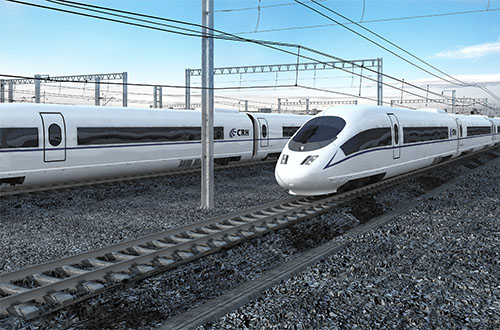 The infrastructure connectivity network has begun to take shape. Infrastructure construction projects have been launched to connect Eurasian countries through air, land, and sea routes, paving the way for Eurasian cooperation. The railway network extends to Africa. With the exception of South Africa, the only light rail metro system mostly funded and built by China in sub-Saharan Africa is Addis Ababa.

By the end of 2019, the total value of trade in goods between China and other Belt and Road countries has exceeded 7.8 trillion US dollars with China’s investment in these countries over 110 billion US dollars.