What is the Difference Between Northern and Southern Chinese?

China is a huge country both by land and population. The concepts of northern and southern China originate from differences in climate, geography, culture, and physical traits. Chinese people always define themselves as northerners or southerners when they socialize. You as a foreign visitor may also easily identify a northerner versus a southerner according to appearance, characteristics, dialects, and the food they eat. What have caused these differences and what are the actual differences?

What separates north and south China?

China was divided into north and south China by the Qinling-Huaihe Line (lit. Qinling Mountains-Huai River Line) dated back to the neolithic times. Culturally, however, the division is more ambiguous. In the eastern provinces like Jiangsu and Anhui, the Yangtze River may instead be perceived as the north-south boundary instead of the Huai River, but this is a recent development.

What are the major differences?

Qinling-Huaihe Line is perceived as the boundary for some good reasons. The two sides of the Line have significant differences in climatology, vegetation, terrain, soil, and agriculture. The south is warmer and wetter in climate than the north of China. This is mainly because of the summer monsoons which move from southeast to northwest. Most of their moisture is left behind before they can reach the boundary line. The North China plain is relatively arid. These climate differences support different types of agriculture, with wheat (such as millet and maize) hence mantou (steamed bread) and noodles are the dominant staple in the north; while rice is produced and consumed more in the south. Vegetables in the south are a lot more abundant, as well as seafood.

In general, the south is more economically advanced, while the north is more the center for politics and culture since ancient times. To be more detailed, southeast coastal cities are more prosperous than the interior and northern areas. Ancient Chinese emperors settled their capitals in northern China, such as Xi’an (aka Chang’an), Luoyang, and Beijing for the geographical advantages of vast plains and/or easy for the defense.

Businesses in the south are more about high technology, electronic engineering, and light industries which have been well developed since the opening reform of the late 70s. While in northern China, there are more heavy industries and mechanical engineering which have developed very slowly. More and more northerners have immigrated to the south to seek opportunities for better living.

How are Northerners different from Southerners?

Northern and Southern Chinese are distinctively different in their characteristics, appearance, and diet.

Generally speaking, the Northern Chinese are taller and broader, eyes are more narrow, fairer skin, and longer faces. The Southern Chinese are shorter in stature, big round eyes, darker complexion, rounder faces, and shorter necks. These diversities are formed because of human acclimatization to the climate and diet.

When it comes to characteristics

Northerners are quite outspoken and direct, humorous, gregarious, more inclined to be abstract, and perhaps somewhat more quarrelsome and egoistic. Southerners, by contrast, are more reserved, circumspect, less direct, and detailed in planning.

The majority of crosstalk dialogists, comedians, and talk show hosts are from north China. The top comedy artists are Mr. Zhao Benshan (from Tieling, Liaoning Province), Mr. Guo Degang (from Tianjin), Mrs. Song Dandan (from Qingdao, Shandong Province), Mr. Ge You (from Beijing), and Mr. Shen Teng (from Qiqihaer, Heilongjiang Province). Thanks to them, the Chinese TV Reality Show and Comedy Show bring much laughter.

Compared to the funny, expressive, and bold northerners, the delicate, restrained and hardworking, southerners focus more on economic performance.

Even though Chinese Mandarin, based on the Beijing-Northern dialect, is the official language in China, there are more than 100 dialects throughout the country. This can explain why northern people speak better Mandarin. You can easily understand the northerners, even with a northern (rhotic) accent. On the other hand, there are more difficult-to-understand dialects in southern China, including local languages of many minority groups, such as Zhuang, Yao, and Miao. Southern dialects are more difficult to understand as most of them are under Yue (e.g. Cantonese), Minnan (e.g.Hokkien), Wu (e.g. Shanghainese), Hakka (e.g. Taiwanese), Xiang (e.g. Hunanese) or Gan (e.g. Jiangxinese).

Due to the different climate, the North produces wheat, along with corn, maize, root-based vegetables, and cabbages, while the South produces mainly rice, along with eggplants, tomatoes, and varieties of leafy vegetables. Northerners eat more steamed bread (mantou), noodles, dumplings, and other wheat-based foods, while the Southerners eat more rice-based foods. Fruits from north and south are different too. Most apples, melons, and peaches grow in the north, while the south produces more tropical fruits such as mangoes, bananas, coconuts, and lychees.

Eating in the north is focused on fullness; while it is more delicate in the south.

When people go to buy groceries, the northerners would buy a lot at one time. Southerners, on the other hand, prefer buying food daily for freshness and in smaller quantities. 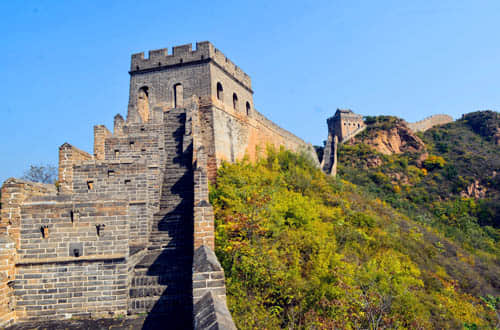 Cities in the north: more about history and culture

Cities in the south: more about the natural landscape 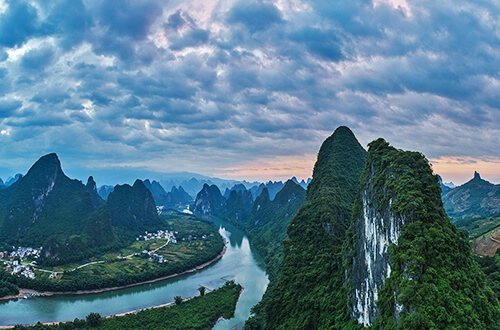 Due to the cross-country migration for business and inter-marriage, the cultural boundaries and differences are fading. Traveling from north to south China, you will experience and discover the beauty of the diversities. Click here to check our best-seller tour from north China, Beijing and Xi’an, to the south of Guilin. 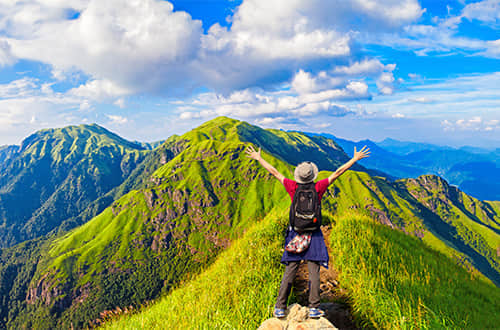