A Classical Garden of China

Situated in the City Temple of Shanghai Scenic Area, Yuyuan Garden is a classical garden with more than 400 years of history. Exquisitely designed, the garden is quiet and elegant. You can find not only various pavilions, buildings, rockeries and ponds inside, but also hundreds of plaques and inscribed tablets by celebrities, and a stone carving exhibition hall with numerous collections. 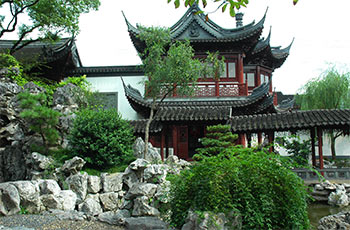 the pavilions and rockeries in Yuyuan Garden

Yuyuan Garden is the only one of the five classical gardens (the other four are Guyi Garden, Zuibaichi Garden, Qiuxia Garden, and Qushui Garden) in Shanghai which is located downtown. It used to be a Ming Dynasty official’s private garden. Exquisitely designed, Yuyuan Garden, though having a limited area, has dozens of architectural examples, like Dianchuan Hall, Yuhua Haa, Wanhua Building, big rockery, and the ancient performance stage.

Dianchuan Hall used to be the headquarter of Xiaodao Association in 1853; Sansui Hall has an inscription in it which reads “Famous Garden on the Sea” and was written by Jaing Zemin. The rockery in Yuhua Hall, Ruiyun Peak in Lingering Garden in Suzhou, and Zhouyun Peak in Hangzhou are considered the top three peculiar rocks in the gardens south of the Yangtze River.

Known as the forest in the city, as well as the best garden for its uniqueness and elegance in all of the southeast of China, Yuyuan Garden is a famous garden which reflects the arts of gardening in the Ming and Qing Dynasties. “Yu” means healthy and safe, therefore the name of the garden indicates the owner’s wish that the parents live a happy and heathy life. 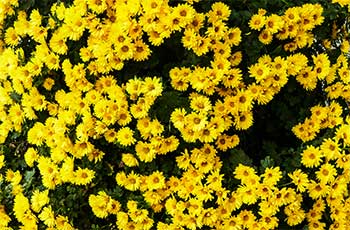 The Chrysanthemum show is the major event of Yuyuan Garden Flower Show which also includes an orchid show and a plum blossom show. All the flowers at the exhibition are privately provided, and the best one will be selected. The Plum blossom show is usually held in the second day of lunar new year, but is not an annual event.

The Orchid show is held annually in late April in the east garden. The show will last 3 days and the acknowledged best orchid will be titled “Zhuangyuan”, which means number one.

The Chrysanthemum show is held annually during September and October of the lunar month. The event is usually held in and around Cuixiu Hall where the corridors and paths are all lined with various chrysanthemums during the show. 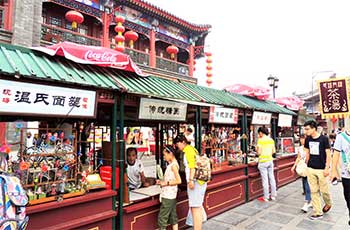 the City Temple of Shanghai

Besides all this, there are a lot of snacks and time-honored brands around, like Nanxiang Steamed Buns, Shanghai Classical Hotel and so on. You can also choose to stroll around the distinctive small shops there for some handicrafts.

Tips: The porcelains, jade ware, wooden carvings, paintings and calligraphies sold in Yuyuan Garden are quite expensive, so please pay attention to the price before making any purchase.