The No.1 Business Street in China

Nanjing Road of Shanghai is not only the world’s most famous business street, but also the first established business street since the opening of Shanghai port. Reputed as “the No.1 Chinese Business Street”, it is one of the world’s leading business streets and is as famous as the Fifth Avenue in New York, the Avenue des Champs-Elysees in Paris, Oxford Street in London and the Ginza in Tokyo.

There are established department stores such as Yong'an Department Store, Hualian Department Store and the Silk Commercial Building, as well as large shopping malls such as Centum City, Brilliance Shimao International Plaza, Shanghai Landmark, Henderson Metropolitan and Hongyi Plaza. So you can buy almost anything there. There are also brand flagship stores including Zara, Apple and M&M’s world. 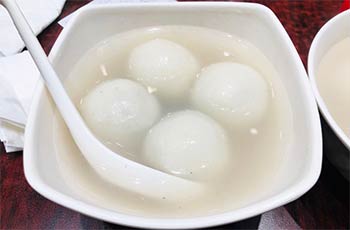 There are various fashion restaurants, cafes, and time-honored restaurants and food stores. Here we recommend 5 featured snack bars for you. 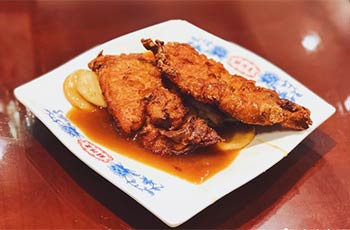 The spareribs with rice cakes of Xian De Lai

A fried bun is the most special snack! With crisp skin and fragrant meat, it has a persistent aftertaste and costs a mere RMB 5 for a portion.

The most famous cuisine in Xian De Lai is the spareribs with rice cakes. Some rice cakes are put under the spareribs so that they absorb the soup flavor. It costs nearly RMB 20 per person.

The previous four are all snacks, but this one specializes in Shanghai cuisines. The male waiters are all middle-aged and wear black tail coats, while the female waiters wear cotton plaid shirts and speak the Shanghai dialect. It costs nearly RMB 150 per person.