Zhongnan Mountain is famously referred to in the Chinese couplet:
“May your good fortune be as bountiful as the waters of the East China Sea,
and may your longevity rival that of the ageless pine on Zhongnan Mountain”.

There are many scenic spots here, including Mount South Wutai, Mount Cuihua, and Louguantai, to mention a few. 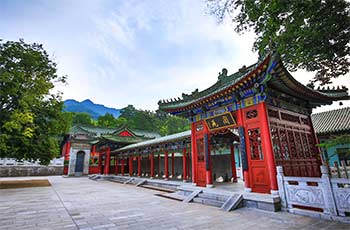 Mount Cuihua
Legend has it that Mount Cuihua (formerly known as Mount Taiyi) is the place where Taiyi Zhenren (a famous figure in Taoist Theory) tried to make ‘pills of immortality’ and cultivate vital energy.

Landslide landscapes, including precipices, huge stones, caves, and landslide dams, dominate here. The scale of the landslide landscape in Mount Cuihua ranks first in China and third worldwide, with the largest single stone collapsed on Earth being found here. 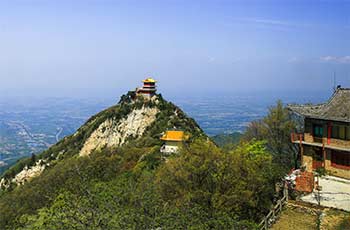 As one of the holy lands of Buddhism in China, South Mount Wutai boasts numerous Buddhist relics and earns its name for the existence of five mountain peaks, Mount Qingliang, Mount Manjuist, Mount Sheshen, Mount Lingying and Mount Avalokitesvara, and for its location in the south of Mount Wutai (Mount Yaowang) of Yao County.