A Classical Garden of China

Built in the early years of Zhengde of the Ming Dynasty (the early 1500s), the Humble administrator’s Garden has a history of more than 500 years. As a representative of classical gardens south of the Yangtze River, it ranks at the top of all the gardens in Suzhou. Listed as one of the first batch of major historical and cultural sites protected at the national level in 1961, it is one of four gardens – together with the Summer Palace in Beijing, Chengde Mountain Resort, and the Lingering Garden in Suzhou – which have the title of China’s Top Four Famous Gardens. In 1991, it was appraised as a National Special Scenic Spot, and in 1997 it was inscribed into the World Heritage List by UNESCO. Then in 2007 it was rated in the first batch of 5A Scenic Areas by National Tourism Administration.

Covering an area of 78 Mu (about 5.2 hectares), the Humble Administrator’s Garden is the largest classical garden in existence. Stretching around the water in its center, the garden reflects the characteristics of a water town south of the Yangtze River.

Highlights of the Humble Administrator’s Garden 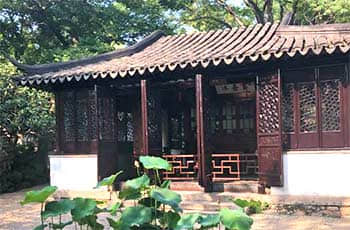 The Humble Administrator’s Garden prides itself on its waterscape, well-proportioned courtyards, and variety flowers and plants. One major scenic spot in the garden is Lanxue Hall (‘Snow and Orchid’ Hall), the name of which comes from a poem of Libai praising Lu Zhonglian and saying that he was as pure and honest as orchid and snow. In the south of the hall stands a carved piece of lacquerware with a panoramic sketch of the Humble Administrator’s Garden on it, and the north wall of the hall is decorated with a picture of bamboo. The bonsai garden, which lies in the west of Humble Administrator’s Garden behind a wall of bamboo fence, is dubbed as a famous garden with great treasures, as the garden has nearly 10,000 bonsai of more than 50 species.

Strolling around in the Humble Administrator’s Garden, you will be amazed at the extensive and profound art of Chinese classical gardens.

In the north of the garden is the residential quarters where you can appreciate the typical layout of dwellings in the area south of the Yangtze River. The Suzhou Garden Museum also lies in the south of the garden. It is the only museum with a garden in China as its theme. 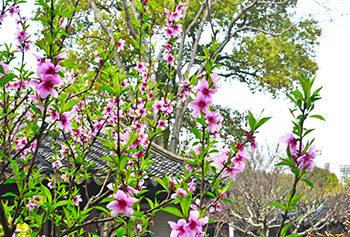 The Peony Pavilion, written by famous Chinese playwright, Tang Xianzu, represents the best Kunqu Opera in the history of Chinese Opera. As one of the World Intangible Heritage, Kuqu Opera has influenced almost all kinds of opera in China, and can be said to have influenced the progress of Chinese Opera. If you are interested in Kunqu Opera, you can have a visit to the Humble Administrator’s Garden to appreciate the beauty of it. The tenderness, delicacy and elegance of it are sure to strike a chord with you.