Although people have heard of China’s “One Child Policy”, many have misunderstood what it is all about. It is one of the most controversial policies that China has ever had. Some believe it is a violation of civil rights. While others believe it has helped the economic growth for the last 4 decades.

The actual term “One Child Policy”, is deemed not entirely accurate, as many groups were either exempted or provided specific exceptions from the policy. Ethnic minorities were given the right to have more children, and families who had a girl could be given an exception to have a second child. In 2016, after nearly 40 years, the government changed the policy, allowing couples to have two children. Again, in 2021, China announced that it will allow couples to have up to three children. Experts had speculated that birth restrictions may be lifted entirely - though it appears as though China is treading cautiously.

When and why did it start? 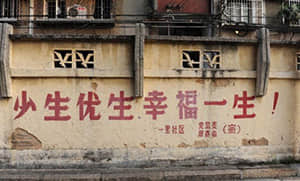 With a country the size of China, it’s not surprising that the government has found it necessary to try to control the size of the population over the years. Initially in 1949, shortly after the establishment of the People’s Republic of China, people were encouraged to have many children as the country needed manpower, and so over the following few years, the population doubled. Not surprisingly, soon there was not enough food, and the government started directing people to use contraceptives.

During some intervals in the 1950s and 1960s, China carried out voluntary family planning campaigns to try to reduce the birth rate. However, those campaigns were largely ineffective. In 1970, the number of babies the average Chinese mother would have in her lifetime (total fertility rate or TFR) was still close to six.

In 1971, China made a dramatic shift from voluntary family planning to mandatory birth limits under the slogan, “later (marriage ages), longer (birth intervals), and fewer” (births—no more than two babies for urban families and three for rural families). The “later, longer, fewer” campaign was strictly enforced, using many of the coercive measures that later became notorious during the one-child campaign, and China’s fertility rate fell dramatically, to less than three per mother by the end of the decade.

The ‘One-Child Policy’ was introduced in 1979 in a bold attempt to limit the growth of the population. Most family units were then permitted to have only one child. This was enforced with fines, sterilizations, and abortions.

In 1982, birth control was written into the Constitution.

The fines that were imposed on couples who had an extra child were prohibitive, amounting to about a year’s wages for poorer families. However, for wealthy families, the fine was no deterrent.

The fines that were imposed on couples who had an extra child were prohibitive, amounting to about a year’s wages for poorer families. However, for wealthy families the fine was no deterrent.

While over time people from around the world have had a lot to say about both the method of controlling the population as well as the measures taken to enforce the policy, everyone would agree that something had to be done about China’s population.

What effect did it have? 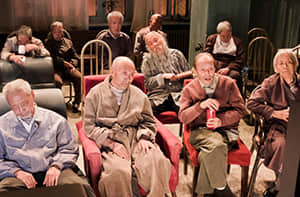 There has been a great deal of discussion about the effectiveness of the policy but it is difficult to rate as no one can prove what would have happened without it.

With only one child in a family, the parents pay more attention to the child and willingly spend money on the child’s education. No doubt these children receive a better level of education than they would have in a family with many children. As families were restricted to one child, it changed the traditional role of girls and women in Chinese society. Families who invest in their children, allowing girls to go to school, receive vocational support, and additional training opportunities that may not have been allowed or encouraged in the past. This has allowed the quality of life for the average woman in China to increase dramatically over the past generation.

China’s rapid economic growth over the past four decades has been largely due to its demographic dividend, a situation in which the working-age population, aged between 15 and 64, is larger than the share of non-working citizens.

Along with the possibility of solving China’s overpopulation problems, the Policy had some less desirable social effects.

The most obvious result, after years of the One-Child Policy, came to be that the ‘normal’ Chinese family consisted of six doting adults (four grandparents and two parents) and one over-indulged child. These children are often referred to as “little emperors” whose entourage hurry to meet his every whim. On the other hand, many people who have grown up as an only child recall loneliness, isolation, and, occasionally, imaginary friends. According to a 2013 study by Australian researchers, an only child exhibit traits such as selfishness, pessimism, and risk aversion that are not as prevalent in children with siblings. The "one-child" generation also experienced overwhelming pressure to excel academically and be admitted to a university, an opportunity their parents never had because of interruptions to normal schooling during the Cultural Revolution. Then as adults, they feel they need to be successful in their careers, knowing that the responsibility of looking after their aging parents would fall on their shoulders alone.

The Government is needing to pay more and more for public pensions due to the aging population. The One-Child Policy was putting pressure on succeeding generations of only children such that a couple could potentially find themselves looking after four parents and eight grandparents. The government introduced pension plans in 2009-11.

Chinese society now has an imbalance in the sexes, with considerably more boys than girls, and many young men are having trouble finding a wife. If they are only able to have one child, Chinese parents would much rather have a boy, and who can blame them knowing that boys grow up with much better prospects financially and carry the family name? 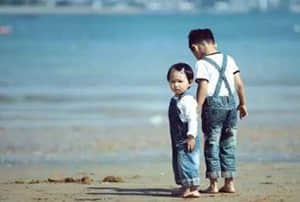 The decades-long family planning initiatives have led to a precipitous decline in population growth, setting the stage for potential demographic, economic, and even political crises in the future. The most serious problem is the aging population. With an aging population, more people will want to retire, and there will not be enough workers to continue supporting them and the economy. In 2020, China’s total fertility rate — the number of children a woman will have over her lifetime — is now only 1.3. This is the lowest among countries with similar incomes and well below the 2.1 needed to sustain a stable population.

Around 2003, there was a limited relaxation of the policy, if both the couples are from a single child family, they can have two children.

In 2013, if one of the couples is from a single child family, they are allowed to have a second child. This new exemption was available to over 12 million couples, but only about 12 percent of eligible couples applied.

In 2016, the One-Child Policy was scrapped, and parents were permitted to have two children.

In 2021, China announced that it will allow couples to have up to three children. 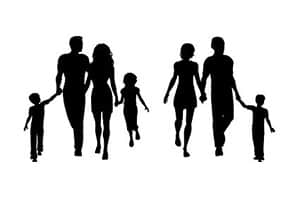 The policy has been in place for a very long time, and Chinese people have gotten used to it and found ways to adapt and make the best of it.

While they may have understood the reasoning behind the policy, many people were angered and deeply hurt by the unacceptable ways in which it was enforced over the years with forced abortions and forced sterilizations. Children who were born illegally were left without social standing, unable to get a job unless the penalty was paid. Parents were especially devastated when ill-fortune befell their only offspring.

Traditionally, most Chinese children care for their parents through to their old age, as demonstrated in the Chinese expression 养儿防老 (yang er fang lao), meaning “raise children to provide for old age”. Filial piety—the Confucian idea describing respect for one’s parents and the responsibility for adult children to care for their parents as they age—is a central value in traditional Chinese culture. The policy poses a big risk for those parents who just have one child. The death of the only child（Shidu in Chinese） is a disaster for any one-child family. According to an estimation by the Chinese Academy of Social Sciences, there are already more than one million parents who lost their only child and the data grows by 76,000 each year.

Now the government encourages couples to have more children. The common incentives include cash handouts, real estate subsidies, and extension of maternity leave. But the high cost of raising children is deterring parents from having more, especially among the country’s growing middle class. The government should solve the problem that women encounter during pregnancy, childbirth, nursery, and school enrolment. 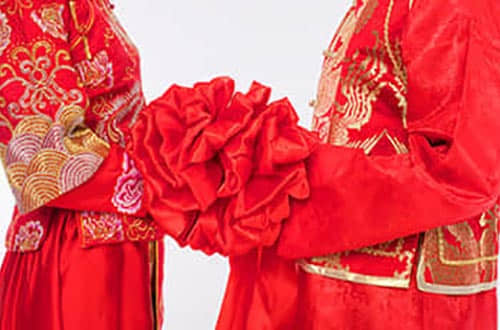 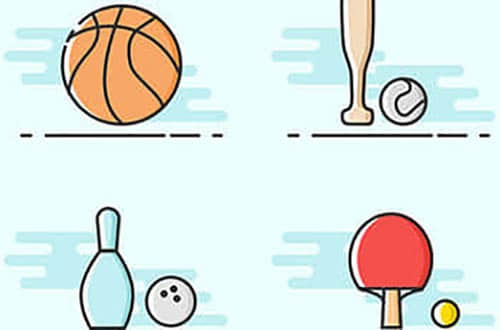